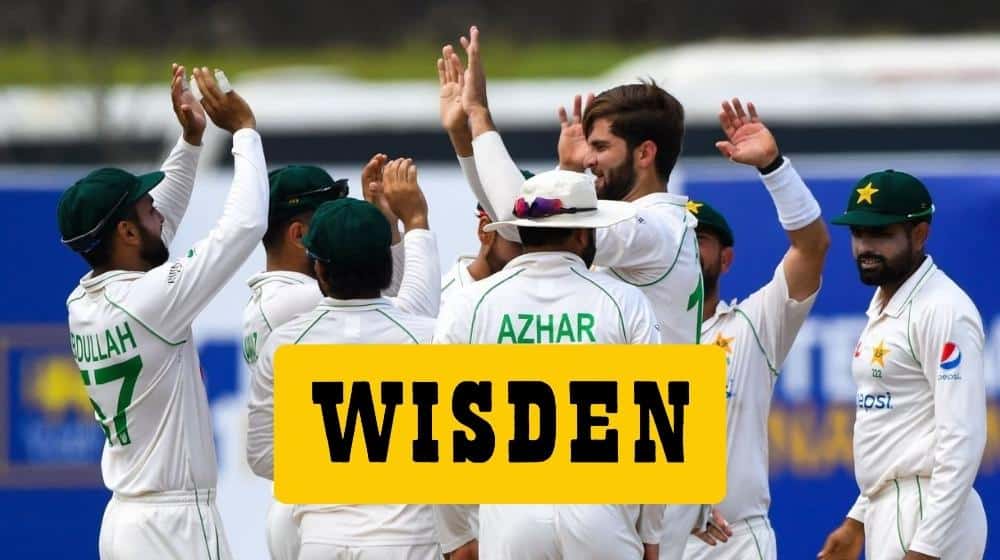 Wisden has announced an under-25 world Test XI including the best performers from around the world in the longest format of the game. Pakistan’s opener, Abdullah Shafique, and express speedster, Shaheen Afridi, are the two Pakistani players to have been included in the team.

Abdullah has witnessed a meteoric rise after a magnificent start to his Test career. The young opener has already scored 736 runs at an astonishing average of 66.90 in 7 Test matches he has played in his short Test career so far.

The 22-year-old recently scored a magnificent 160* in the first Test match against Sri Lanka, helping Pakistan chase down a target of 342 in the fourth innings of the match. Abdullah’s sensational century helped Pakistan create history as they registered the highest run-chase at Galle Cricket Stadium.

Shaheen Afridi, on the other hand, has established himself as one of the best bowlers in the world. Shaheen’s ability to take wickets in the first spell makes him one of the most feared fast bowlers on the planet and his magnificent performances in all three formats of the game also earned him ICC’s cricketer of the year award in 2021.

The 22-year-old has already picked up 99 Test wickets at an average of 24.86 in 25 Tests. His staggering performances in Test cricket have also propelled him to the third spot in the bowler rankings.

Here is the team: