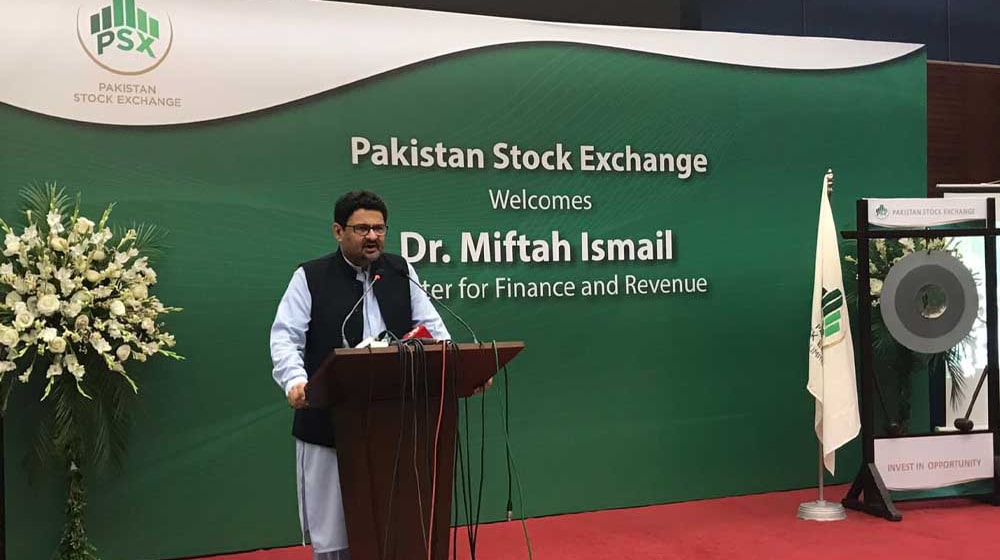 The Government of Pakistan will control the flow of imports for the next three months to keep the country on track toward recovery.

While addressing an event at the Pakistan Stock Exchange (PSX) on Friday, the Minister for Finance Miftah Ismail said reducing imports will help resolve issues.

“We reduced imports to $4.9 billion from $7 billion and all problems ended,” he emphasized.

Minister Miftah reminded everyone in attendance that Pakistan’s import bill for the previous fiscal year was $80 billion, while its exports amounted to $31 billion, translating into a trade deficit of more than $40 billion. He contended that no country can thrive and be stable with such a large current account deficit.

The minister asserted that the government will try to control the fiscal deficit in the current fiscal year, and that needs to address the budget deficit while fast action is required.

In reference to the revocation of the proposed fixed tax on small businesses, he declared that the tax is adequate and good.

Regarding the exchange market, Minister Ismail stated that dollar outflows have surpassed inflows, causing the rupee to decline dramatically against the greenback over the previous month. When asked if the rupee is undervalued, he stated that no one knew the actual number. However, he revealed that the government is bringing the forex market to a position where dollar inflows will outnumber outflows and the exchange rate will be stable. For additional clarity, he said any allegation regarding banks involved in speculation is incorrect.

The minister also confessed that nobody had expected the dollar to soar, with higher foreign payments resulting from an increase in the fiscal imbalance and debt. He said that the country’s import bill in June was $7.7 billion and if the current account swelled to a similarly draconian proportion, it would put massive pressure on the rupee.

On the flip side, Minister Ismail pointed out that inflation has grown as a result of rising petrol and diesel rates, and the government has been forced to make very difficult decisions as a result.

Defending everything done so far to curry favor with the International Monetary Fund (IMF), he said, “We raised petrol prices and inflation increased but if the dollar payments are greater than income, how far can we intervene? There are IMF restrictions against intervention. The first thing is to remain solvent and save ourselves from default”.

In terms of the country’s present energy situation, the minister revealed that Pakistan still needs to generate an additional 5000 MW to curb its load-shedding woes. He further shared that when power production doubled, exports failed to rise.

“We used power for non-development purposes. The manufacturing sector fared poorly as well,” he added.