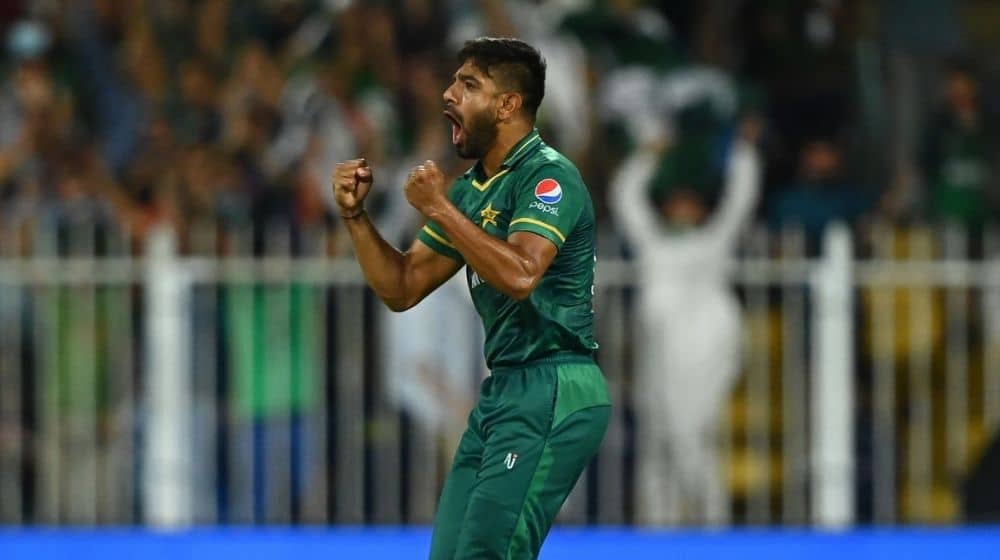 Haris Rauf has revealed that Pakistanis are more concerned about girls, saying that at first, when the girls teased him, it felt good, but he doesn’t feel the same way now.

Speaking to a TV channel, Haris Rauf said, “At the beginning of my career, when girls teased me, it was good, but now it’s starting to feel bad.”

In response to Sohail Waraich’s question, he said, “When you’re young, it feels good when a girl approaches you and talks to you or takes a picture of you but after a while, you get tired of all of this.”

Haris, who began his career with Lahore Qalandars in the Pakistan Super League, is considered an integral part of the national setup and is currently taking part in the training camp in preparation for the Netherlands series.

Answering a question regarding his life partner, the pacer revealed that “the girl should be simple who is not much interested in my cricket, rather she is more concerned about me than cricket.”

Haris has so far taken 42 and 23 wickets in 35 T20Is and 13 ODIs respectively. He was a member of the Test squad for the Sri Lanka series, but he did not get to make his red-ball debut.