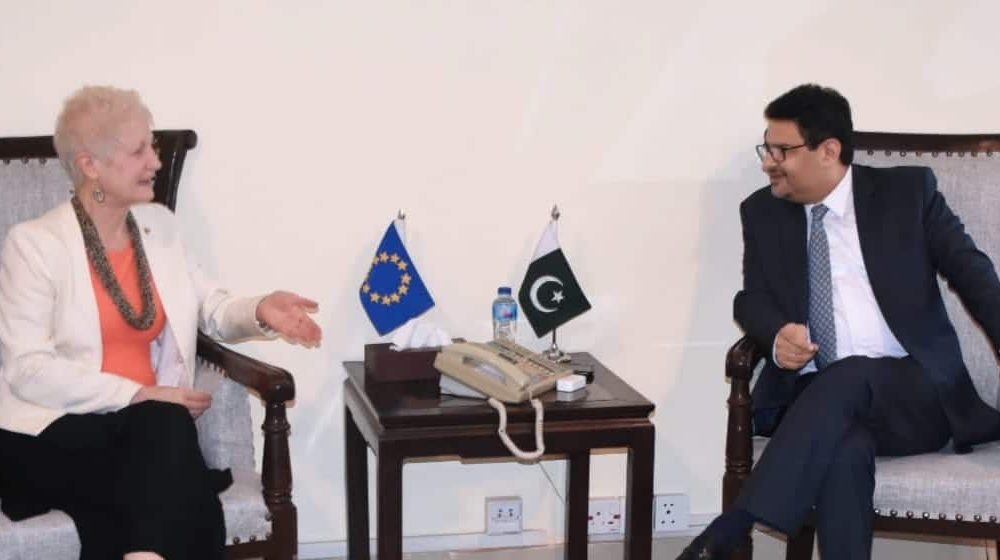 The Ambassador of the European Union (EU) to Pakistan, Dr. Riina Kionka, appreciated Pakistan’s role in GSP Plus during her meeting with the Federal Minister for Finance and Revenue, Mr. Miftah Ismail, at Finance Division today.

Minister Ismail welcomed the Ambassador of the EU and highlighted bilateral relations and development cooperation between the EU and Pakistan. He said that Pakistan highly values its bilateral ties with the EU, including trade and economic relations. He stressed the need to further strengthen trade relations between Pakistan and the European Union.

The two sides discussed matters of mutual interest and cooperation, including progress on GSP Plus.

Ambassador H.E. Dr. Riina Kionka also highlighted the mutual relations between Pakistan and the EU in diversified fields and appreciated the present government’s ongoing economic reform agenda. The Ambassador also supported Pakistan’s efforts toward making progress for GSP Plus and extended her cooperation.