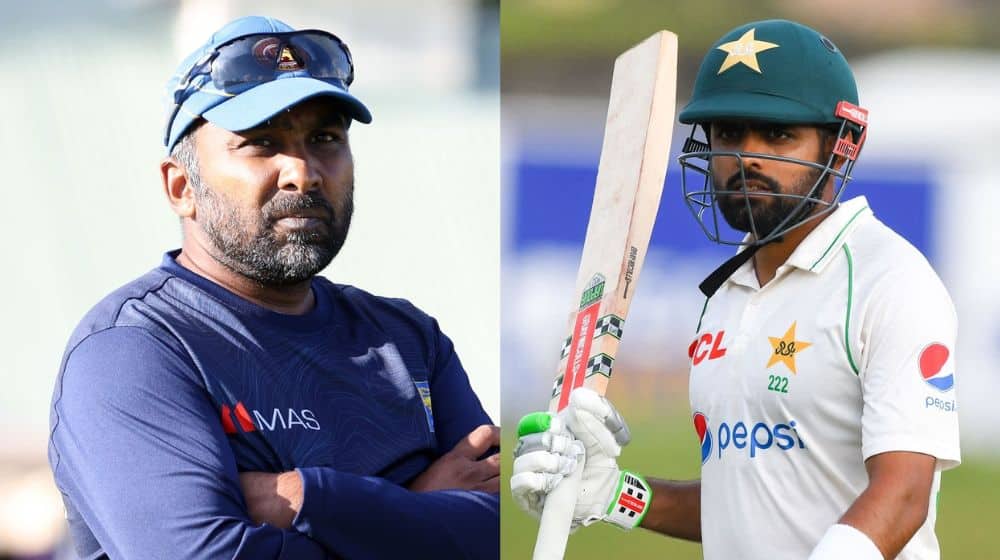 Former Sri Lankan captain, Mahela Jayawardene, believes Pakistan’s all-format captain, Babar Azam, has what it takes to dethrone Joe Root at the top of the Test batter rankings and be ranked number one in all three formats of the game.

Babar is currently ranked number three in Test cricket while he is at the summit in the ODI and T20I formats. Jayawardene believes that Babar’s exceptional form and his hunger for runs makes him a prime candidate to replace Root at the top of the Test rankings.

I would say Babar Azam has an opportunity. He’s been consistent in all three formats and it shows in his rankings. He’s a naturally gifted player, plays in all conditions, he’s got the game to adapt as well. It depends on the amount of cricket, who’s playing when, and how much but the Babar might be the guy.

Jayawardene added that both Babar and Root are quite similar in nature. He said that both the batters adjust to the situation and the format with utmost ease and are not rattled at any time. He added that their composure and ability to adapt to different situations make them remarkable players.

Babar has been in scintillating form in Test cricket since the turn of the year. The 27-year-old has scored 661 runs at an average of 73.44 in 5 Test matches he has played since the turn of the year. He has also smashed 4 half-centuries and two centuries, including a magnificent 196 in the fourth innings against Australia to save the second Test match, during the period.