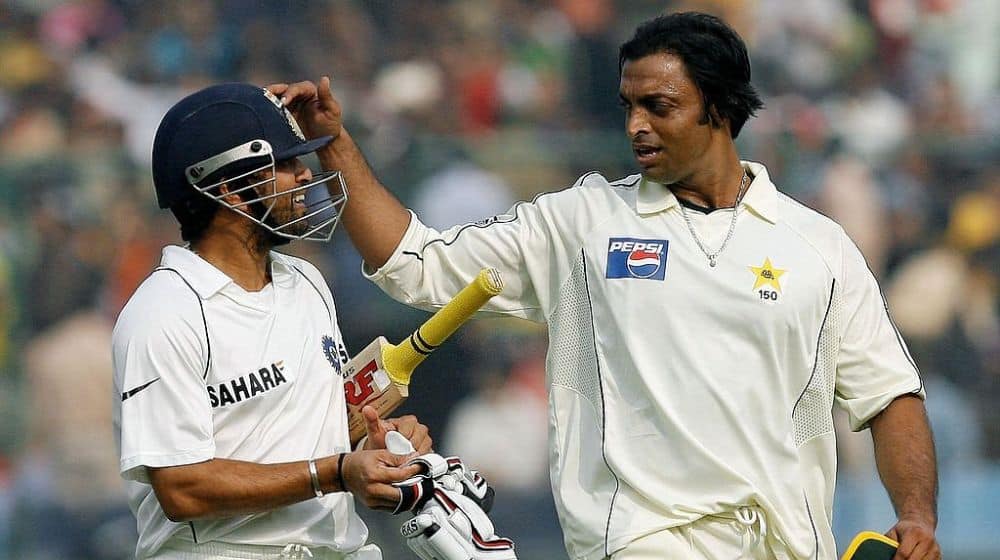 Former Pakistan speedster, Shoaib Akhtar, has revealed that he had no idea about the stature of legendary Indian batter, Sachin Tendulkar, when he first broke into the national team.

Akhtar stated that he only got to know about Tendulkar’s status in the game after former off-spinner, Saqlain Mushtaq, told him. Akhtar said that he was only concerned about his own performance and the batter he was bowling to did not matter.

Saqlain told me about Sachin Tendulkar and his stature. I didn’t know about him. I was lost in my own world. I didn’t know. I only knew what I will do and what the batter was thinking.

“I thought, If I get a spell here, I will run through the batters. I will just take the five wickets there and win the match for Pakistan. You can’t be a star without being a match-winner. We used to win games for the country,” Akhtar remarked.