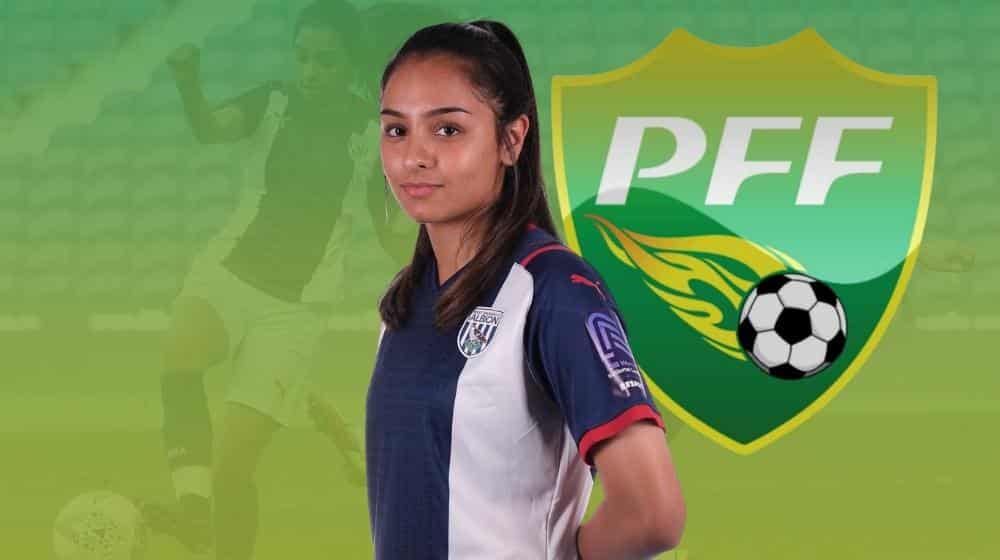 Pakistan Football Federation (PFF) has approached British-Pakistani player, Mariam Mahmood, to join the national team squad for the upcoming SAFF Championship in Nepal. Mariam plays for West Bromwich Albion in England and is one of the brightest prospects in English league football.

The 18-year-old striker recently expressed her intentions of representing Pakistan at the international level and it is expected that she will be called up to the squad as Pakistan prepares to take part in the first international match after 8 years.

The PFF has expressed the desire to call up overseas Pakistani players in their squad as the local players have not been active for over a year because of the FIFA ban.

According to sources, Mariam is one of the few overseas players on the radar of the PFF. Aqsa Mushtaq plying her trade in Greece with Avantes Chalkida football club, Hajrah Mahmood of Burton Albion and Nadia Khan of Doncaster Rovers Belles are also among the hopefuls to be called up to the squad.

The women’s team will be seen in action for the first time since 2014 as they gear up to participate in the SAFF Championships scheduled to be played between 6-19 September.

Initially, the tournament consisted of 7 teams including Pakistan, Nepal, Bhutan, Bangladesh, Maldives, Sri Lanka, and India, but India’s participation is doubtful after their football activities were suspended by FIFA due to third-party involvement.