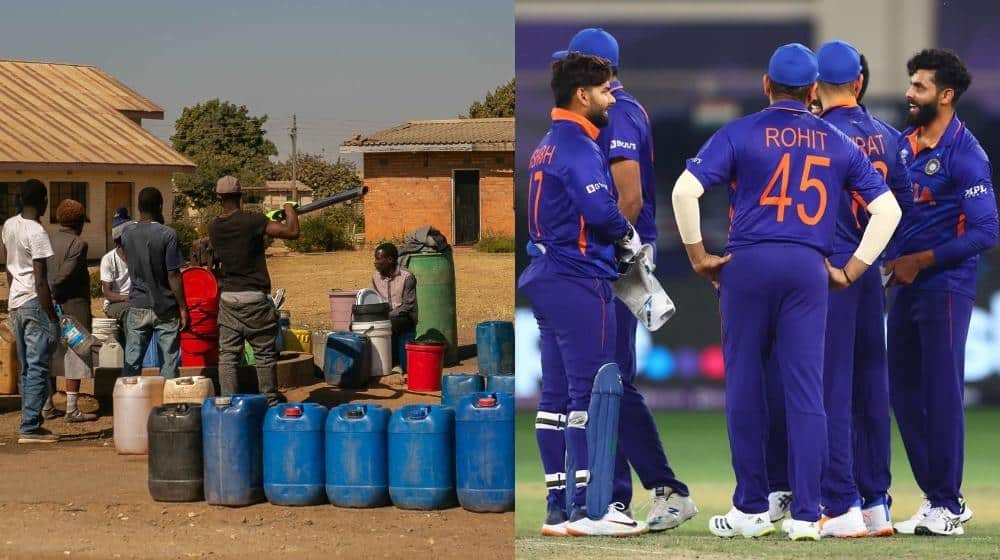 The Board of Control for Cricket in India (BCCI) has advised players to use as little water as possible due to the severe water shortage in Harare, Zimbabwe during their three-match ODI tour of the country.

According to Human Rights Watch, Zimbabwe is in dire straits due to an extreme water shortage in the region linked to the deadly cholera outbreak three years ago. Harare’s population surge and lack of clean water infrastructure coupled with droughts and mismanagement have led to a perpetual water crisis in the city.

The little water that the residents do receive is not safe for drinking so they have to travel long distances just to get access to clean drinking water.

The Indian players have been advised to take as little time as possible to take showers and their pool sessions have also been cut down to preserve water.

The Indian cricket team is on its first tour of the country in over six years. The two teams will face off in three ODIs, with the first match currently underway. Both the teams are without some of their key players with India deciding to send a second-string side and Zimbabwe forced to make changes due to injuries and personal reasons.