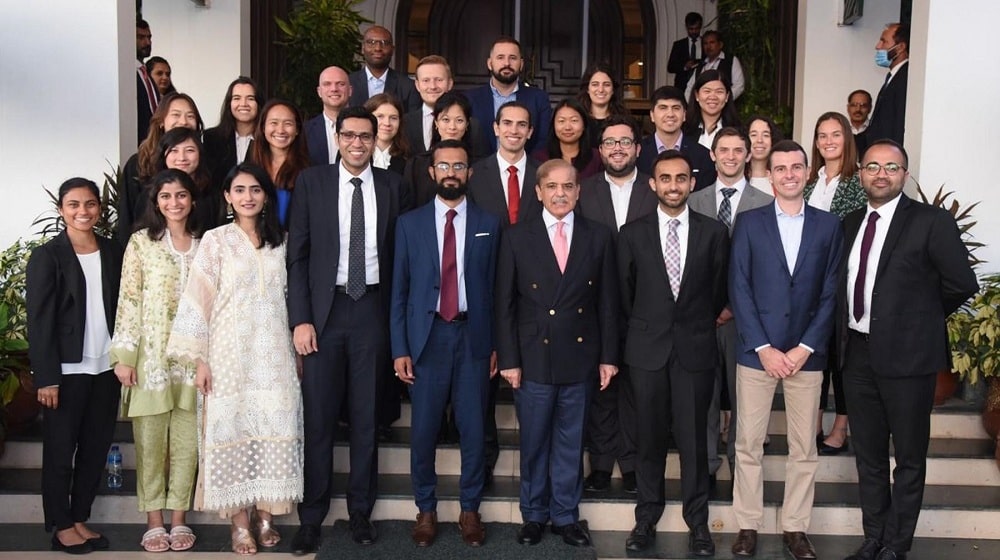 A delegation of students from Harvard University called on the prime minister in Islamabad. The delegation comprised students of diverse origins and academic backgrounds.

The prime minister welcomed the students and held a candid discussion about the contemporary challenges Pakistan is facing today.

In response to a question, the premier replied that the first few decades since the inception of Pakistan witnessed impressive growth across all sectors of the economy. We had plans, national will, and the implementation mechanism to produce outcomes.  Over time, we lost the edge in sectors in which we were ahead. The lack of focus, energy, and policy action led to a reduction in national productivity.

The prime minister shared that three-pronged economic action plan; the revitalization of the economy, making information technology the pivot of national development, and the exports leading the economy.

The prime minister also shed light on his futuristic program of free laptops given to high achievers in PMLN’s previous tenure, which not only helped the students to continue their education in the times of COVID-19 but also helped the youth of Pakistan to get a strong foothold in the global freelance market.

In a reply to a question about Sino-Pak relations, the prime minister replied that the relationship with China remains the cornerstone of our foreign policy.