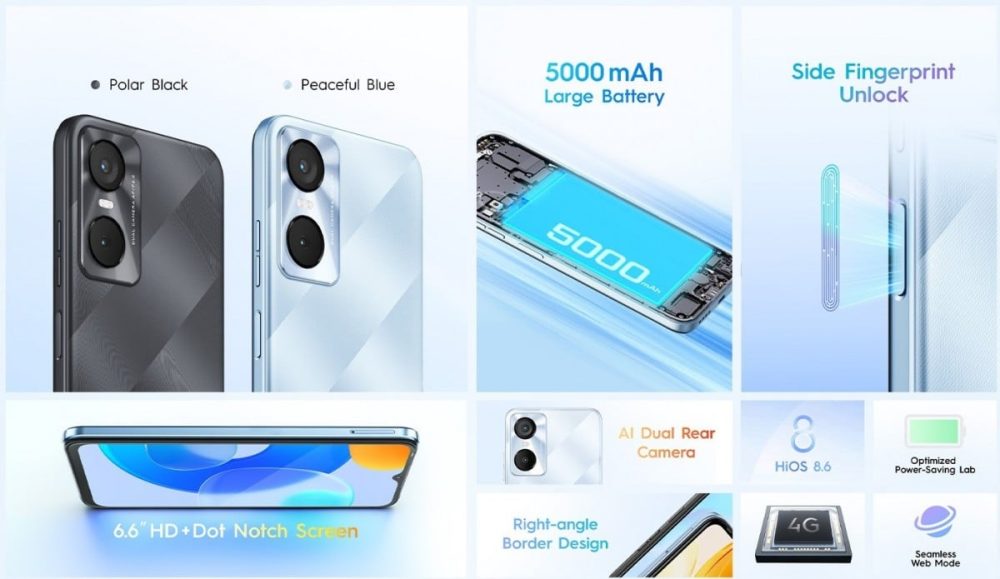 A few months after the vanilla Tecno Pop 6, we are now getting the Pro version with better specifications. Tecno Pop 6 Pro has arrived in Bangladesh with a bigger screen, a larger battery, and more. 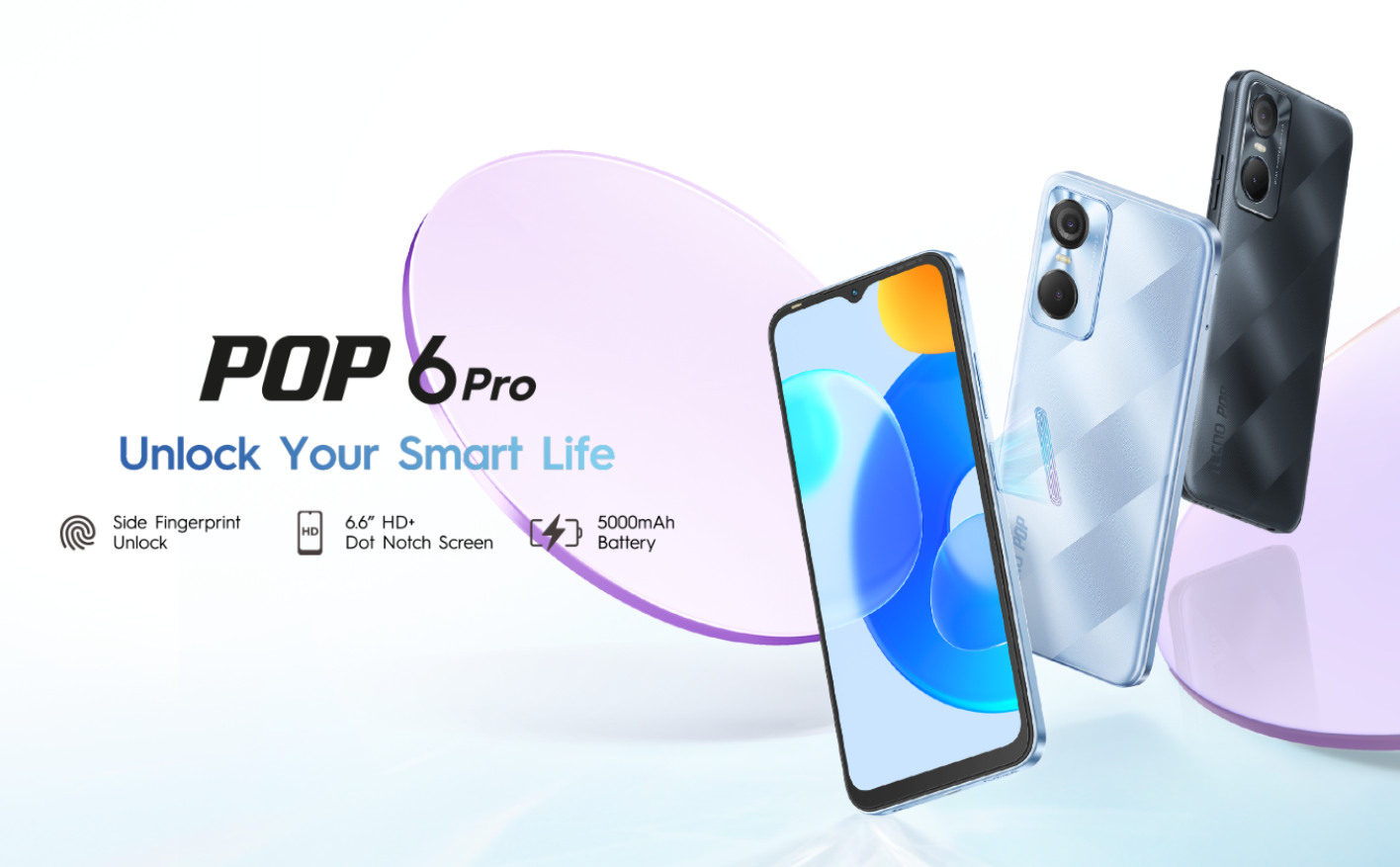 Compared to the original Pop 6, the Pop 6 Pro has a larger 6.6-inch LCD with the same 720p resolution and a standard 60Hz refresh rate. It still has a waterdrop notch selfie camera, but the bezels are narrower than before and the fingerprint sensor has moved to the side. The phone is also slimmer than before.

Once again, Tecno has not revealed the phone’s chipset, but it has a quad-core CPU with 2 GB RAM and 32 GB storage. You can expand storage through a microSD card.

Tecno Pop 6 Pro boots Android 12 Go Edition, which is a lighter version of Android 12 for budget devices with less RAM. It is covered by Tecno’s HiOS 8.6.

The two cameras on the back include an 8MP primary sensor and a 2MP depth sensor for portrait shots. There is no word on video recording capabilities, but the phone is likely capable of 1080p 30 FPS clips.

The selfie camera housed inside the waterdrop notch is a 5MP shooter.

The 5,000 mAh battery should be more than enough to keep the phone going through 2 days of use. It does not have support for fast charging.

Tecno Bangladesh has not revealed the Pop 6 Pro’s price yet, but it is expected to cost around $110. It will be available in Power Black and Peaceful Blue colors.