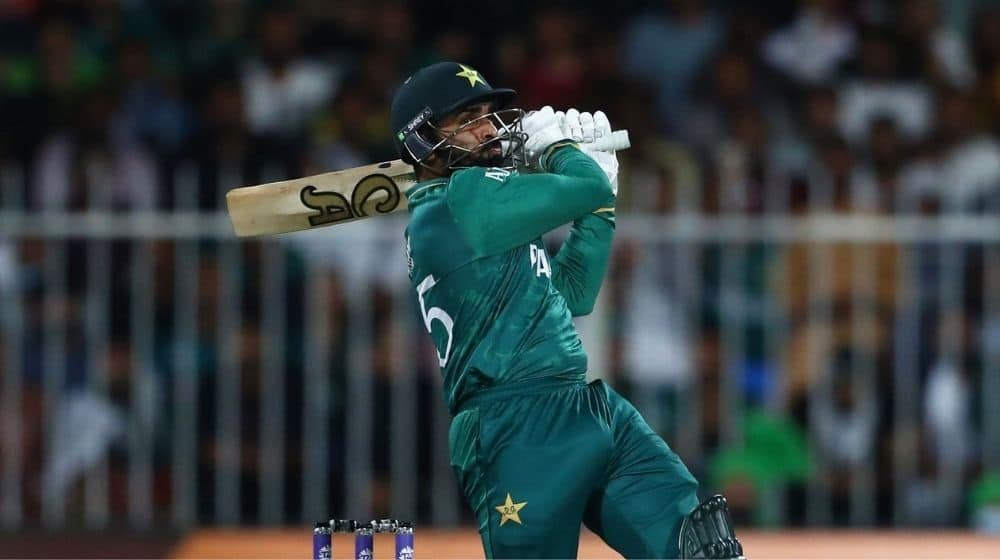 Asif Ali, known for hitting big sixes and blowing hot and cold at times, has been a primary part of Pakistan’s T20I plans. We will take a look at his T20I career in an attempt to see how much of an impact he has, and what Pakistani cricket fans need from him.

The power hitter has the ability to turn the game on its head with his big shots and the world of cricket has seen it more than once.

Asif Ali smashed back-to-back sixes at a crucial stage to win the thrilling contest against Afghanistan in the T20 World Cup 2021. Not looking far too deep in history, Asif Ali helped Pakistan reach a defendable total against England in the fourth match of the ongoing T20I series with his 13* off 3 balls. The hard-hitting batter has done it quite a lot of times for Islamabad United too.

Since Asif Ali faces only a few balls most of the time as he comes in to bat in the lower order, his average may not matter the most because building the innings is not one of his defined roles. We will take a look at his international performances to see the impact he has as a finisher with his six-hitting ability and enormous strike rate.

We have highlighted the innings where his strike rate is above 150, which is quite good looking at the pace with which other Pakistani batters play in the shortest format.

Asif Ali has batted at a strike rate of above 150 in 13 out of 42 innings and his cameos have often been match-winning, especially against top teams at crucial times. While a strike rate of 125 is not too good for a batter of his ability, and not least what fans expect, he has scored at this rate 5 times in his T20I career.

It must also be noted that Asif Ali being a power hitter is not likely to deliver with consistency. The hard-hitter has provided crucial runs on several occasions, winning matches for Pakistan against the odds. However, there have been days when he got out early in an attempt to hit big. All this comes along with the capricious nature of his role. In a nutshell, Asif Ali is a game-changing finisher for when he bats well, Pakistan mostly wins.

However, fans would want to see him deliver as well when sensible cricket is needed without having to score at a monstrous strike rate. When that happens, Asif Ali has disappointed most of the time, the latest case being the 5th T20I against England, where all he needed was to play the full quota of 20 overs instead of throwing away his wicket with an ugly smash.

As of now, he only has two modes in international T20s; he either smashes big at a solid strike rate or gets out cheaply. He needs to find the right balance and play sensible cricket at times to improve his numbers and win more matches for his country.