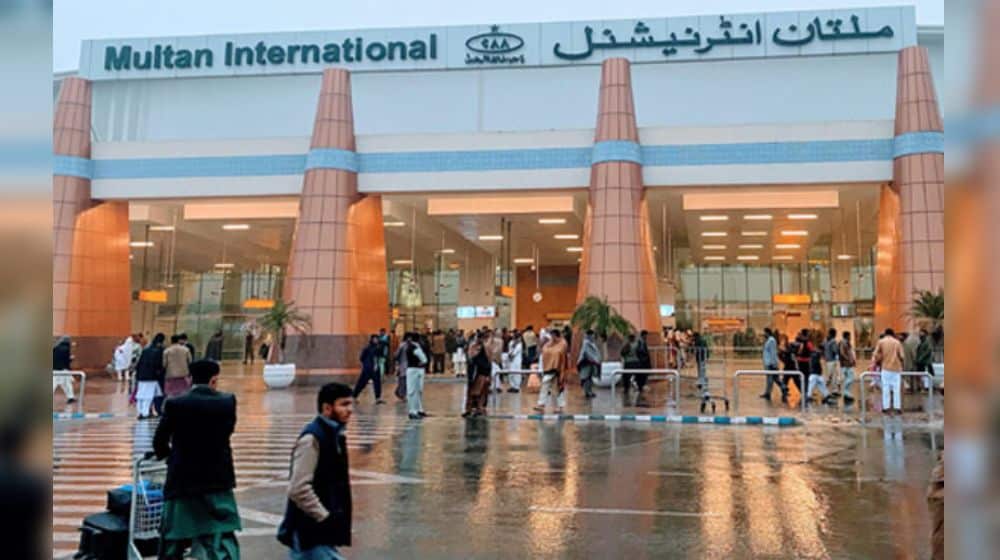 Flight operations at Multan International Airport were suspended and an international flight was also redirected to Lahore after a fire broke out on Monday evening.

The incident occurred in the immigration staff room of the Federal Investigation Agency (FIA), which completely engulfed the airport lounges with smoke.

A spokesperson from the Civil Aviation Authority (CAA) said that it emerged at around 6 PM, however, the authority’s firefighters handled the situation immediately and closed all circulating systems, and turned on the exhaust that cleared the smoke out of the airport.

He further added that all the concerned officials at the airport also arrived at the scene, after which the flight operations were suspended along with international departures and arrivals lounges.

In addition, a Pakistan International Airlines (PIA) aircraft parked at the terminal was also shifted to safety. Also, a flight from Jeddah to Multan, PK732, was diverted to Allama Iqbal International Airport, Lahore.

Furthermore, PIA canceled flight PK-330 from Karachi to Multan without further notice. As per the airline, it will grant it clearance to take off after the situation at Multan airport improves.

In this context, Director General (DG) CAA, Flt Lt (Retd) Khaqan Murtaza, has demanded an inquiry into the fire outbreak, as initial findings suggest that there has been no financial loss. Nevertheless, a comprehensive report will be devised after the investigation concludes.