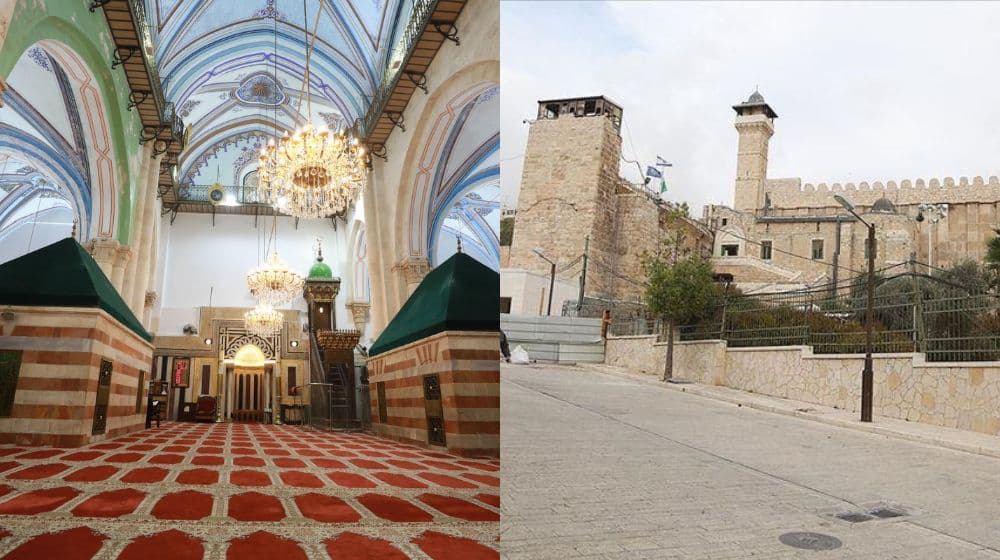 Muslims all around the world have expressed extreme displeasure over a video showing Israeli settlers partying inside the Al Ibrahimi Mosque in Hebron, Palestine, and blatantly disrespecting the sacredness of the holy site.

The video has sparked outrage over social media, where netizens are demanding strict action against the culprits and also asking for its condemnation by the Muslim leadership.

A platform that reports Israeli atrocities on Palestine, Palestine Online, shared the video on Twitter and said that the ‘colonial Israeli settlers’ have arranged a music festival at the mosque in Hebron in a brazen breach of the mosque’s sanctity.

Colonial Israeli settlers hold a music festival inside the Ibrahimi Mosque in Hebron, in a flagrant violation of the sanctity of the mosque. pic.twitter.com/Wlbz76iDdK

On 25 February 1994, Israelis attacked hundreds of Palestinians through mass shootings and bombings at the Al Ibrahimi Mosque during Fajr prayer. The horrific attack took the lives of 29 worshipers and injured hundreds more.

A similar video surfaced on 2 October 2022 in which a female Israeli settler could be seen dancing in the courtyards of the blessed Al-Aqsa mosque in Jerusalem, Palestine. Resultantly, her act garnered strong criticism from social media users.

Note here that the Al-Aqsa mosque holds high esteem among the three Abrahamic religions, which include Islam, Christianity, and Judaism, and yet the authorities did not take any action against the offender.

In a provocative act and flagrant violation of the sanctity of the Al-Aqsa mosque, female Israeli settler dances at the blessed Mosque courtyards. pic.twitter.com/YF0PPV2uDC

As per the reports, the population of Israeli settlers has gone up by 42 percent since 2010, and the number now stands at 440,000 in the West Bank of Palestine.