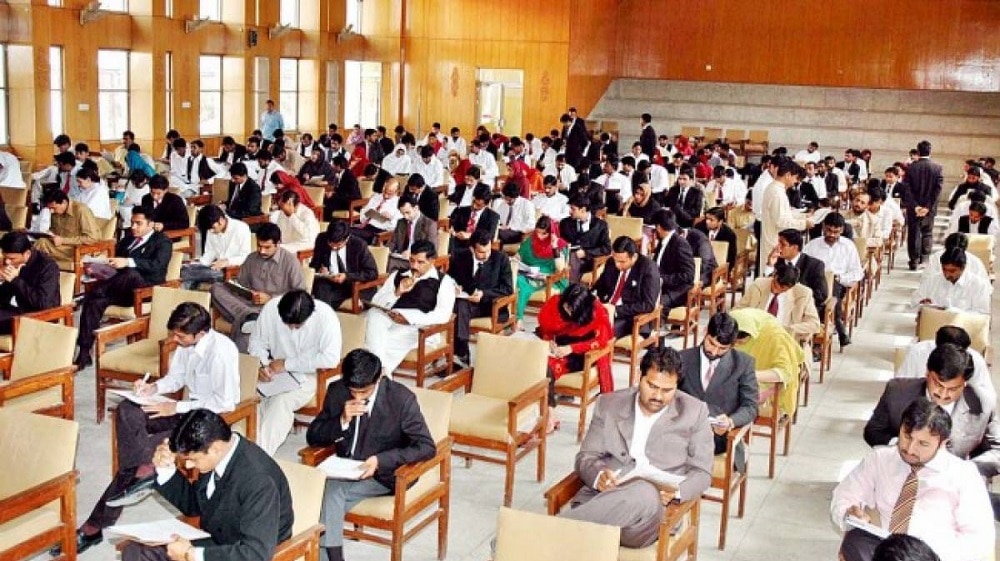 The Federal Public Service Commission (FPSC) has announced that the Special CSS Examination will be held on 4 May 2023, which will be regarded as the candidates’ fourth (additional) attempt.

The commission made this decision in order to fill vacant positions that have been unfilled for a long time due to an extremely low passing ratio of candidates in the main CSS Exam.

According to the details, FPSC will start accepting online applications for the MCQs Based Preliminary Test (MPT) for the Special Exam from 10 to 26 December 2022. The MPT will be held on 31 January 2023, and the official result will be announced on 15 February.

Subsequently, the commission will commence the registration for the Special CSS Exam from 19 February to 5 March 2023, with 15 March as the deadline for sending hard copies of the online application and educational documents to FPSC’s head office in Islamabad.

As per the FPSC’s official notice, the written part of the Special CSS Exam will be conducted on 4 May 2023. It is pertinent to mention that candidates from certain regions or quotas are eligible for the upcoming exam, as shown in the table below:

In addition, the upper age limit will be 32 years and the fees for MPT will be Rs. 250, which must be paid within the closing date of registration. Furthermore, candidates can view more details or the syllabus of MPT on FPSC’s website.