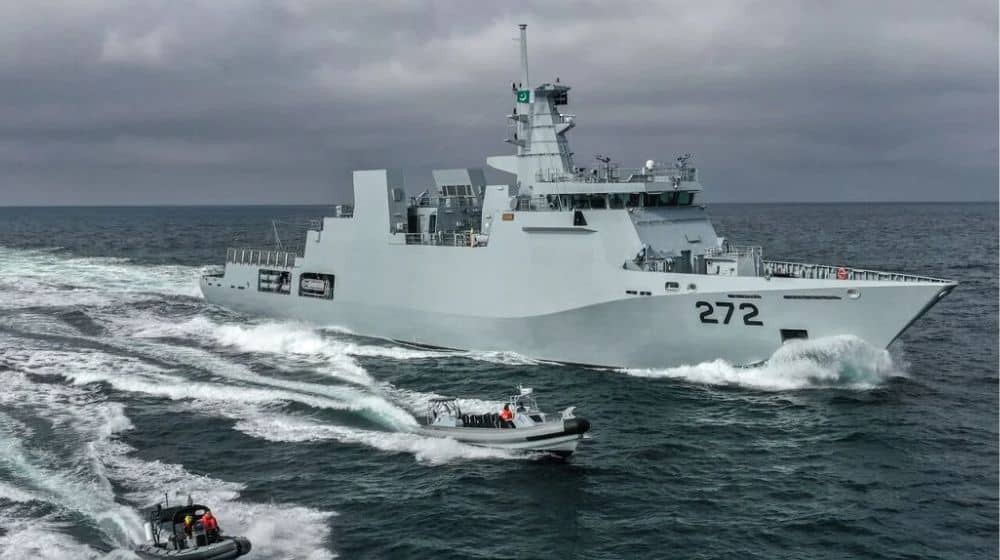 According to the details, the host nation along with the Pakistani diplomats welcomed the PNS Tabuk’s arrival at the seaport.

Furthermore, the ship’s Commanding Officer (CO) assessed the maritime security of the global football event in a meeting with top officials of QEN.

In this regard, a Pakistan Navy official issued a statement and stated that the PNS Tabuk’s involvement in maritime security during the mega event demonstrates confidence in the professionalism of the Pakistan Navy.

Also, Brigadier Sajjad also called upon Sheikh Khalifa bin Hamad Al Thani, Commander of the Security Operations of the FIFA World Cup 2022. In addition, he received a souvenir from the Qatari official.

As has been the case always, Pakistan’s football team is not taking part in this year’s FIFA World Cup, however, Pakistan is still playing a central role in the biggest sporting event in the world.