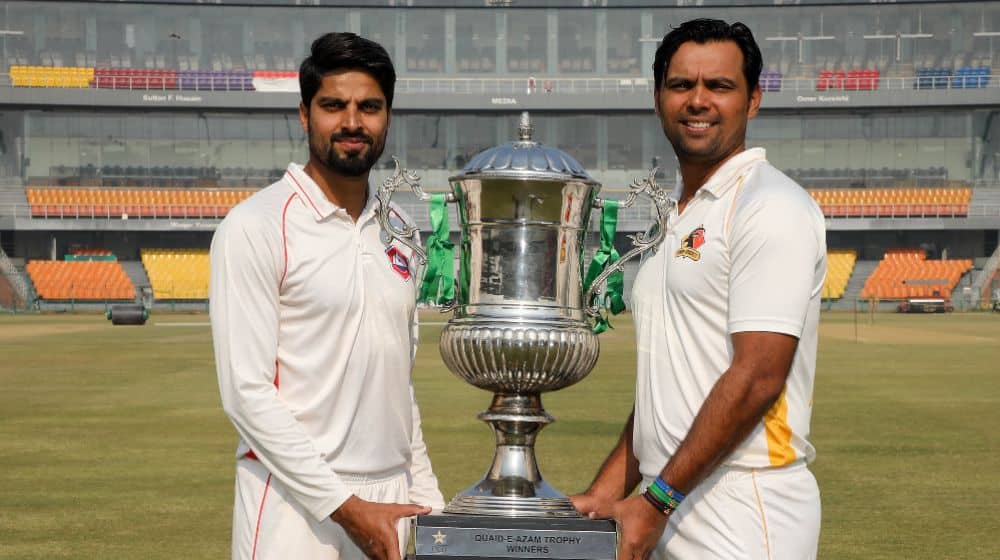 Pakistan’s premier first-class tournament, Quaid-e-Azam Trophy, is set to have a new champion as last season’s finalists, Northern, take on Sindh in the five-day final at the headquarters of Pakistan cricket, Lahore’s Gaddafi Stadium, from Saturday.

Northern have been the finalist twice since the revamp of the domestic system in 2019-20. They would be hoping to make it a case of third-time lucky after losing out on the title both in the 2019-20 and 2021-22 seasons.

Sindh are appearing in their first final under the revamped system. They will be looking forward to clinching the second title in this season, after winning their maiden National T20 Cup, held earlier this year in Multan.

The five-day Quaid-e-Azam Trophy final will be streamed live on the Pakistan Cricket Board’s YouTube channel and broadcast live on PTV Sports. The toss will take place at 0900, while the first ball will be bowled at 0930.

This is also the first final to be staged at the GSL since, under the new domestic system, Karachi’s National Stadium (now known as the National Bank Cricket Arena) staged the last three Quaid-e-Azam Trophy finals.

Both sides will be missing some key performers in the final as Pakistan’s Test squad begins preparations for the series against England. Northern’s captain Nauman Ali, Sindh captain Saud Shakeel, wicketkeeper-batter Sarfaraz Ahmed, and spinners Abrar Ahmed and Zahid Mehmood would all be engaged as members of the Test squad.

Despite the absence of some seasoned and top performers of the ongoing season, the final is set to produce riveting cricket with the teams competing for the historic tournament trophy and the winner’s purse of Rs. 10,000,000.

Both captains have meanwhile expressed their desire to lift the trophy at the headquarters of PCB. Khurram Manzoor said, “The players are focused on the final, they have taken one game at a time in the tournament and are looking forward to playing the same brand of cricket in the final.

We have played quality cricket throughout the tournament, and we are looking to repeat the same to get positive result in the big game.

“It is a great honor for us that four players of our team are currently on national assignment. It is an opportunity for other players to step up and grab the opportunities on offer with both hands,” he added.

Umar Amin said, “Our team has completely dominated the tournament from the start and we are looking to repeat the same performance to lift the trophy. We have kept things very simple, we will try to keep it that way in the final as well to get a positive outcome from the big game.”

“I am fond of Mohammad Huraira’s temperament and thinking when he is batting. This is a great sign for the team and for Huraira as well that at this age he is scoring runs and that too since last year,” he concluded.