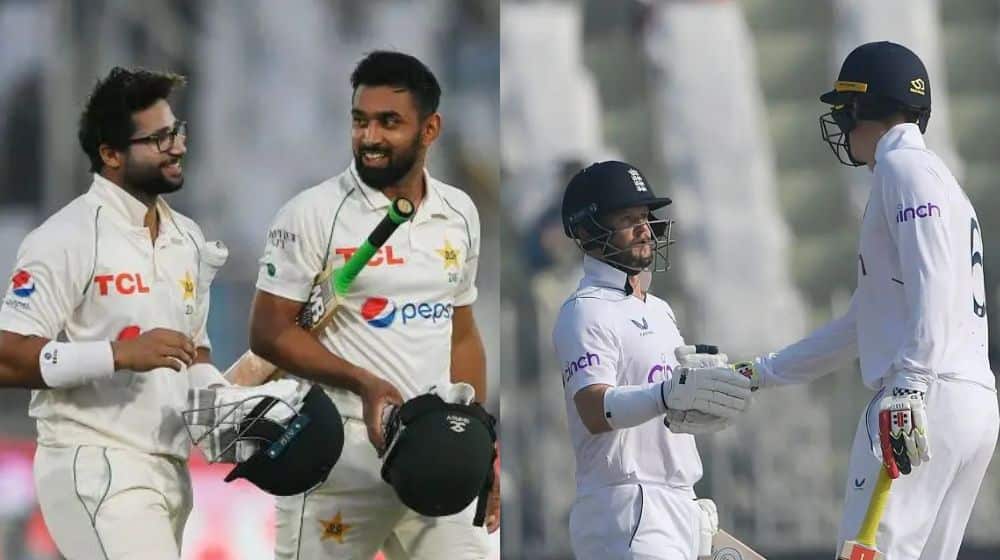 The first Test match between Pakistan and England at the Rawalpindi Cricket Stadium has raised question marks on the flat nature of pitches in Pakistan. The lifeless pitch has been termed a batting paradise with batters from both sides registering numerous records.

Yet another record was created on day three of the match as Pakistan openers, Imam-ul-Haq and Abdullah Shafique, registered a 200-run partnership. This was the first instance in Test cricket where the opening pairs of both sides scored a partnership of more than 200 runs.

England’s openers, Zak Crawley and Ben Duckett had scored 233 runs for the first wicket in the first innings of the Test match. Abdullah and Imam followed it up with a stand of 225 runs.

Both the England openers took the attack to the Pakistani bowling unit on the first day of the match and scored scintillating centuries to put their team in total command. England scored 657 runs in their first innings.

Pakistan, with a huge mountain to climb in the first innings, had to rely on their openers to replicate the performance of England’s openers. Imam and Abdullah also scored wonderful centuries to keep Pakistan in the hunt.

This was only the second time in Test cricket history that all four openers in the match scored centuries. It was also the first time in history that the four centuries from openers came in the first two innings of the match.

With the nature of the pitch refusing to change over the three days, it is likely that the match will end in a dull draw, but there is still a lot of opportunities for the batters to create more Test records.