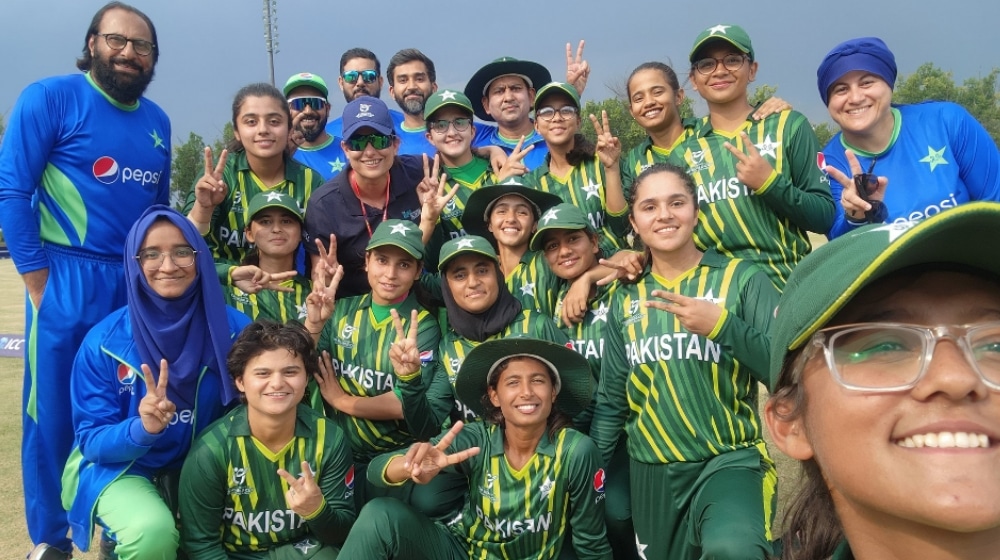 Pakistan women’s team has qualified for the next round of the U19 Women’s Cricket World Cup 2023 as they defeated Zimbabwe by 10 wickets in their third match of the tournament.

The Pakistan U19 women’s cricket team has made a strong start in the U19 Women’s Cricket World Cup 2023. The young team, led by Aroob Shah, has qualified for the second round of the tournament after securing two victories in their group-stage matches. In their opening match, Pakistan defeated Rwanda by a comfortable margin, setting the tone for their successful campaign so far.

In their second game, Pakistan suffered a loss to England but bounced back in their third match with a dominant 10-wicket victory over Zimbabwe. Pakistani bowlers restricted Zimbabwe to 97, which was easily chased by the batters. This secured Pakistan the second spot in their group and a spot in the next round of the tournament.

The team is full of energy and positivity under the leadership of Aroob Shah, as they look to leave a mark on the international stage. The young Pakistan side will now face the third position holder of Group C on 23rd January. The team and the fans are optimistic about their chances in the upcoming match and are looking forward to seeing the team make it to the next level.