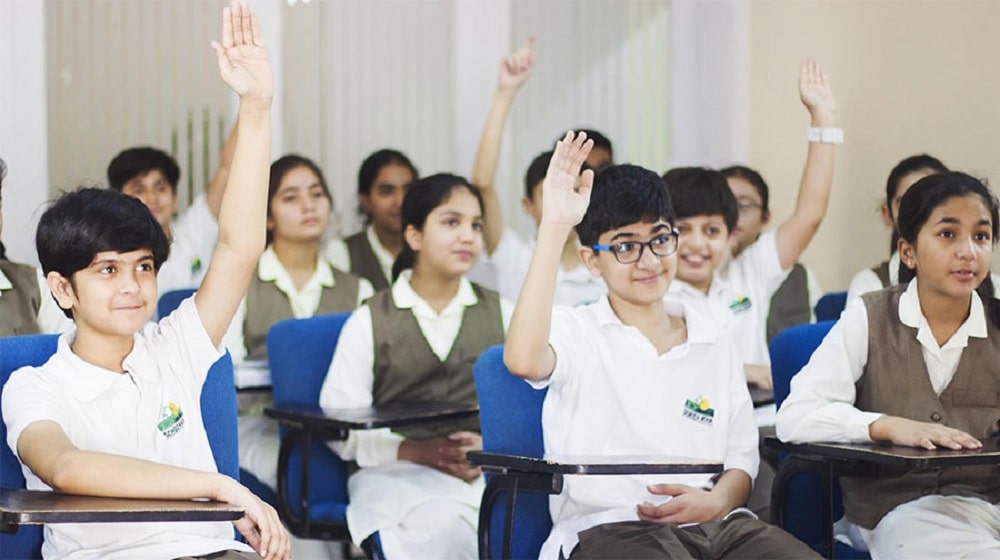 The federal government has decided to teach the Constitution of Pakistan in schools, the Head of the Prime Minister’s Strategic Reforms Unit, Salman Sufi has announced.

Taking to Twitter, Sufi penned that the Federal Education Minister, Rana Tanveer Hussain, will officially launch the initiative on 23 March – Pakistan Day. The initiative will be launched in Islamabad initially.

Pleased to share that on direction of PM @CMShehbaz , Constitution of Pakistan will be taught in school curriculum starting from ICT region. @RTanveerPMLN sb will officially launch the initiative on 23rd March pic.twitter.com/rGEl95d8aH

Sufi added that this initiative has been taken on the directions of PM Shehbaz Sharif. He also asserted, “To demand your rights, it’s important to know your rights.”

Responding to the development, PPP Senator Sehar Kamran revealed that she strived hard to make Constitution and Civic Education mandatory part of the curriculum.

Sehar added that she introduced the bill titled “Civic Education Commission Act 2018” in Parliament. The law stipulates that schools must teach Constitution and Civic Education to students.

Alhamdullilah, my untiring efforts to make #Constitution & #CivicEducation mandatory part of the curriculum is now bearing fruits🙌
I introduced & pursued the Law: “Civic Education Commission Act-2018” it was passed by the Parliament in 2018@BBhuttoZardari @BakhtawarBZ @AseefaBZ pic.twitter.com/N2DXvPzZne

Teaching the Constitution to school children will help them understand the principles and values that guide the nation, as well as their rights and responsibilities as citizens. It will also help them in developing critical thinking skills, and an appreciation for the democratic process.