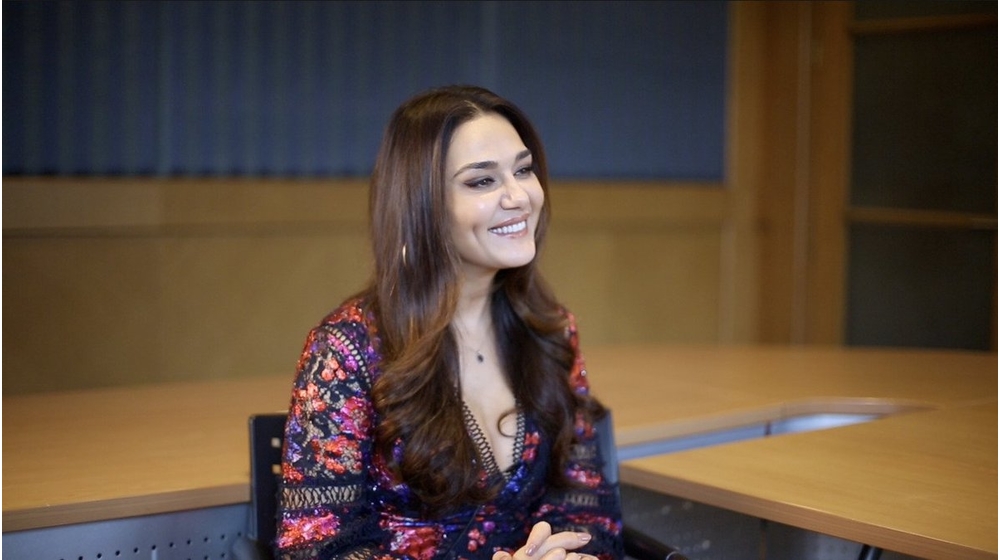 Preity Zinta has a lot to say about the #MeToo movement, and what she has to say will make most women cringe. As more and more women in Bollywood open up about facing sexual harassment at the hand of colleagues in the film industry, the way certain celebrities knock down the #MeToo movement may end up damaging their credibility once all’s said and done.

Preity Zinta is of the opinion that women should only come forth with a harassment case when it is ‘serious enough’. She also believes that certain women are exploiting the movement to carry out personal vendettas.

While speaking to Bollywood Hungama recently, we get to hear Preity Zinta’s take on the whole #MeToo movement:

Here are a couple of problems with what Ms. Zinta said

So let us start with the obvious one here – calling a woman a crazy and out for revenge when she speaks out against harassment sounds like what a male chauvinist could do…………..and that is exactly what Preity Zinta does in her interview.

Women who are sexist towards other women? That’s exactly what patriarchy looks like. Perhaps Priety Zinta could’ve rephrased her statement in a better way.

When we broach the subject of women damaging the #MeToo movement, what comes to mind are the women that exploit the movement for personal gain. It is actually this narrative, particularly by women themselves, that can prove more harmful to the movement.

To quote just one everyday example, given how approximately 97 percent of women in Lahore face some sort of harassment while commuting, it is discouraging when someone who people look up to, dismisses your experience as “you asking to be treated a certain way,” as phrased by Preity Zinta.

Feminist or no feminist, one thing we can all agree to is to empathize with those that suffer life-scarring experiences, be it harassment at the workplace, home or in public.

Hasn’t Preity Zinta learned from her own experiences?

During the interview, some fans brought up the actress’ abusive relationship with Ness Wadia to take her up on that claim. Here’s how she responded:

Disturbing opinions coming from Preity Zinta on #MeToo movement. Highly insensitive the way she's going about mocking victims. "You are treated the way you want to be"- Sure @realpreityzinta, you wanted to be molested by Ness Wadia, right? That's why you filed an FIR against him? pic.twitter.com/AHvpEbF0jv

In the workplace, where everyone is hoping to climb the corporate ladder in a competitive environment, being a woman in such a scenario brings a whole lot of issues as well, especially in conservative societies. Some of these workplaces could prefer that women be kept out of the labor force altogether. Preity should know that in such a scenario, when a woman undermines another,  they are doing no favors to other women.

Preity seemed confused herself when going about the topic. She admitted that the entertainment industry and her country have a harassment problem, but even then she resorts to whataboutery.

The first step towards a solution is admitting that there is a problem but Preity avoids addressing how bad it is in Bollywood by saying that other sectors have it worse.

So does that mean in a country where female child infanticide doesn’t exist, women should ask for the right to drive, just because others have it worse on the gender discrimination spectrum?

Lets say that, ultimately Preity has accepted that yes, we do have a harassment problem, what is her solution? Preity is a believer of “you can’t change the world so you must change yourself.” Imagine where the world would be if Marie Curie, Simone de Beauvoir, Francis Perkins and more had acted on this centuries-old advice. Explains why old things are obsolete.

She Makes Some Insensitive Jokes

Preity tried to crack a couple jokes on the subject, and failed spectacularly. One of her responses was – “she wishes she had experienced harassment in the workplace,” so that she could provide better insight. No words, really. No words.

oh shut up Preity Zinta pls do everybody a favour https://t.co/VVz4cEYTmb

Another joke that Ms. Zinta makes in her interview is:

Here Preity jokingly tries to bring up Sweeto, a victim of harassment, from the infamous Bharat Shah case, in a manner that is insensitive, sexist and downright crude.

If that ‘joke’ didn’t work, lets blame it on drugs.

The ballsy Preity Zinta who once took underworld head on and accused Ness Wadia of harassment is now mocking #metoo. This is what drugs do to people kids!