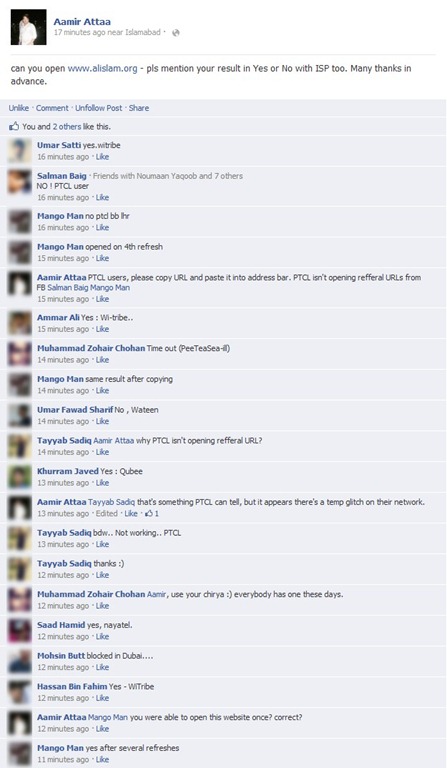 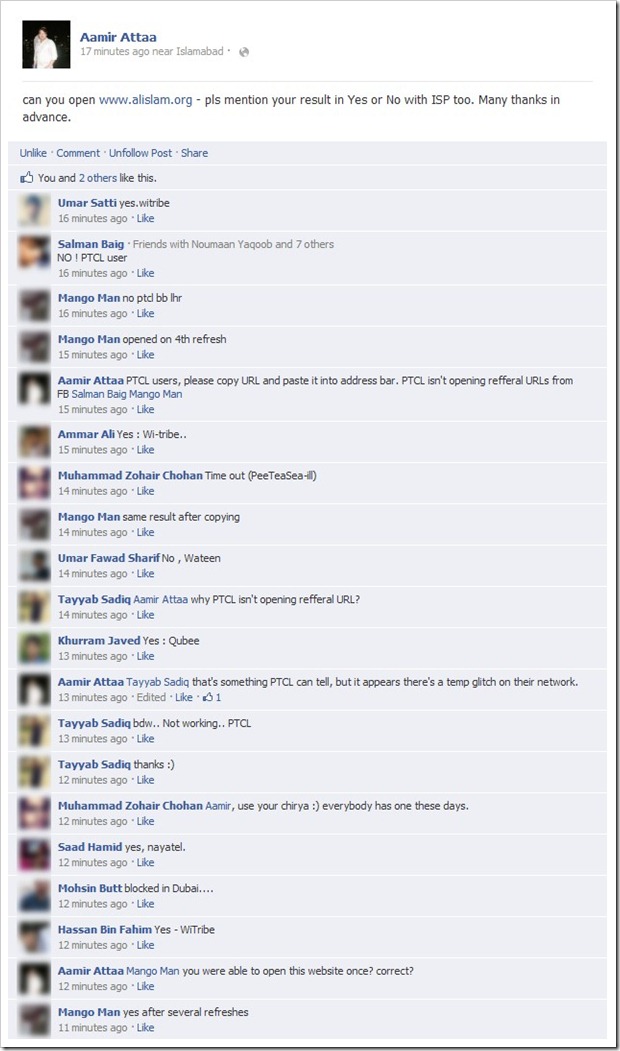 It appears that banned Ahmaddiya website, alislam.org, is opening on majority of ISPs, if not all, we have confirmed with users of multiple internet service providers (a screen of Facebook responses is uploaded above).

It merits mentioning here that Ahmaddiya controlled religious website was blocked by Pakistan Telecommunication Authority earlier this month for allegedly having inappropriate content available on the website.

The Nation had then reported that Muttahida Ulema Board had demanded PTA to block the website for blasphemous content.

We have reached out to PTA to know its viewpoint and if it had directed ISPs to lift the ban, for which we are awaiting any response from authority.

At least three ISPs confirmed that alislam.org is opening on their networks, but they opted not to comment when asked if lifting of ban was ordered by PTA or not?

We have also written an email to alislam.org webmaster to know if ban was lifted without any change in content or they had made any specific changes on their website to comply with PTA’s requirements. We will update this post when and if we hear anything from alislam.org.

In a related news, ban from http://pakshia.com/en/ was also lifted after a group of protestors approached PTA Zonal office in Karachi and went violent.