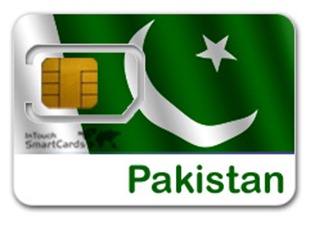 Illegal SIMs or unregistered SIMs are truly a menace and must be dealt vigorously. While I am not challenging the intents and spirit of Pakistani government for curbing illegal and unregistered SIMs from our country, but I can safely tell you that the path they have adopted is not going to help them at all.

I am claiming this based on facts and proven track record of all such attempts that were made in past, which eventually failed because of the basic architecture of systems that were designed to curb illegal and un-registered SIMs.

Government, which wants cellular operators to shut down their entire sales channels and to deliver SIMs at customers’ home addresses instead of retailing it, is making the same mistake they did in 2009, 2010 and afterwards.

Before I move ahead to prove that this new SIM law is of no use, I would recommend you to read our past coverage on the topic. One of which explains the history of illegal SIMs. It will help you get to know the real culprit of this whole situation. You will understand how cellular operators and PTA are equally responsible for building a base of millions of cellular subscribers without proper documentation.

Getting back to New SIM Rule, if you remember a similar attempt was made in 2009. With the introduction of 789 service, (and since January 2009) all SIMs are activated only after manual verification of CNIC number and mothers’ name of CNIC holders. More measures were taken and standard procedures for activation of SIMs got tougher in later years.

The core mistake the government and Pakistan Telecommunication Authority made during all these attempts is that they focused on proper documentation of new acquisitions only. They didn’t try to regularize already sold SIMs which were being illegally activated (since 2005-06).

This new SIM rule of delivering SIMs to home address will probably ensure the foolproof registration of new SIMs, but what about those 120 million SIMs that are active and running in market?

Same happened when 789 was implemented. There were 90 million SIMs before 789 system, which are still pending for verification —  because we all know how these SIMs were mass-activated by operators through their retailers.

In 2010, ProPakistani proposed two options, which are still valid. I am just reproducing both the options here from original post:

In one sentence: Re-verification of entire base and block all remaining un-verified SIMs.

Cellular operators should pay-off for their misdeeds through 2005 to 2012. They should be asked to re-verify their entire customers’ base.

Bringing Shahzada Alam and Dr. Yasin to courts for not stopping these illegal SIMs won’t be a bad idea too. Revoking their awards and achievements should also remain an option.

If not done so, we might end up introducing new SIM rules every six months and no matter how secure system may get we will never be able to curb illegal and un-registered SIMs from our market.