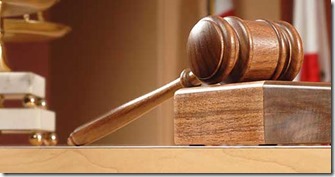 Islamabad High Court (IHC) has passed an order to bind the on-going process of recruitment of Members and Chairman of Pakistan Telecom Authority (PTA) with final judgment of the case to be announced after receiving written comments of parties.

Hearing the petition submitted by Wahaj us Siraj, CEO of Nayatel and Convener ISP Association of Pakistan (ISPAK), Justice Shaukat Aziz Siddiqui of IHC has directed Cabinet Division to continue the process of appointment of Members of PTA but directed that “appointment of members shall strictly depend on the final outcome of this Writ Petition”.

The Petitioner had submitted that Cabinet Division first issued an advertisement for appointment of two Members PTA on 29 January 2013. But just one day after the last date, i.e., 14 February 2013, a new advertisement altering the qualifications, age and experience requirements was malafidely issued in order to accommodate favourites and blue eyed of the Government.

The process was manipulated to such an extent that Cabinet Division after receiving applications and analysing the credentials of strong applicants, altered qualifications, experience and age criteria to filter out good candidates, the petitioner noted.

PTA has been in turmoil since last few months when auction of highly lucrative and much scandalized multi billion dollar auction of 3G spectrum was stalled by NAB on illegal appointment of consultants and its ex-chairman, Farooq Awan was dismissed by the Lahore High Court (LHC) on 15 January 2013 on conflicts of interests and violation of Telecom Act, 1996.

Sajjad, a favourite of Farooq Awan, was given charges of three powerful posts of Director Generals in PTA including Enforcement, Legal and HR, during Awan’s five months tenure as Chairman and was transferred by two members of PTA soon after LHC ordered dismissal of Farooq Awan.

IHC granted a restraining order to Sajjad Awan on 7 February against two members’ orders PTA but Justice Kasi has today dismissed his petition while upholding the decisions of two members of PTA in exercising administrative and financial powers under relevant sections of Telecom Act.

Dr. Khawar, fearing life threats, is reportedly not attending the office in PTA since 4 February when armed men allegedly from FIA and Police tried to abduct two members of PTA from their offices.