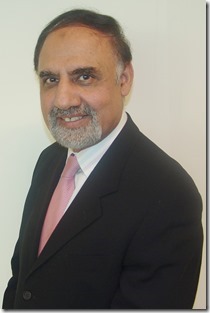 Mr. Ghaznavi was appointed as Member Finance in 2005, after which he was granted second service term in 2009 on recommendations Dr. Yasin,then Chairman of PTA, as per PTA act.

Mr. Ghaznavi’s stay at PTA remained smooth and seamless for first six years. However, during last two years things went bumpy for him.

Back in 2011 his differences with Dr. Yasin, then Chairman of PTA, grew because of certain decisions that were taken by Dr. Yasin. The conflict widened and eventually Mr. Ghaznavi was suspended in April 2011 amid an inquiry that was initiated by Dr. Yasin.

Mr. Nasrul Karim Ghaznavi was later reinstated by Cabinet Division in August 2012, with approvals from Prime Minister of Pakistan at a time when Dr. Yasin was replaced by Muhammad Farooq Awan as Chairman of Authority.

Soon after this Mr. Ghaznavi was suspended again in October 2012 for reasons that were not made public, but he got re-instated with-in few days on orders of Islamabad High Court, which said that his suspension was illegal and overuse of rights by Cabinet Division.

In last quarter of 2012 Mr. Ghaznavi faced tremendous pressure from government to approve 3G Information Memorandum, however, he – along with Dr Khawar Siddique Khokhar, Member (technical) – took stand and didn’t approve the IM. Both the members were of the view that appointment of 3G consultants – who had prepared the IM – was illegal and not in accordance with law.

Since then Mr. Ghaznavi – and Dr. Khokhar, the Member (Tech) – were pressurized by the government. The whole episode reached to a level when both the members were even tried for abduction from their offices.

Nasrul Karim Ghaznavi, who completed his service term today, was not coming to office lately after abduction attempt and other threats.

Mr. Ghaznavi is a civil servant from 1974 batch. He has been associated with telecom sector since 1992 and holds vast experience in the field of telecom with financial and regulatory affairs.

It merits mentioning here that Government of Pakistan had invited applications for filling Member (Finance) slot. However, later it changed the requirements and re-advertised the job.

Recent media reports suggest that government is trying to induct its favourites as Members and Chairman of Pakistan Telecommunication Authority.

It would be interesting to note here that late evening rumours today said that government has appointed Mr. Muhammad Farooq Awan (ex-chairman of PTA) as Member Finance. We will keep our readers posted as soon as we get confirmations on this.