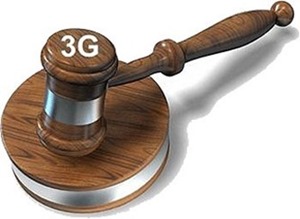 Anusha Rehman, the newly appointed and rather excited IT and Telecom Minister, has said that new government has already started working on the auction of long-pending 3G spectrum auction in the country.

Ms. Rehman tweeted that PML(N) is committed to swiftly execute the 3G spectrum auction in just few months only.

It merits mentioning here that Anusha Rehman didn’t mention 3G licenses only, instead she said 3G, 4G, LTE — hinting that next generation license auction could be technology neutral.

3G license auction, responsible for notoriousness of previous government and PTA high-ups, is long pending due to incompetence and lack of co-ordination between various authorities.

3G Auction, that is said to to bring around Rs. 75 billion, is likely to help the telecom market and consumers alike. Moreover, job opportunities, broadband internet penetration, economic growth are other avenues that are going to see positive impact with the auction.

It merits mentioning here that previous government was more interested in the license fee of Rs. 75 billion only and had tried hard to reap it but failed due to hasty and mindless moves.

Telecom industry and consumers are now eyeing at the new government to get the 3G license auction rolling, without the mistakes that have been made before.

Anusha Rehman is apparently heading the whole process, for which she is meeting with all the concerned bodies to make sure that nothing goes wrong this time.

In a related news, 3G consultant, that were hired by Dr. Farooq Awan for the procurement of 3G auction, have approached the Lahore High Court for not getting paid by the government as per the agreement.