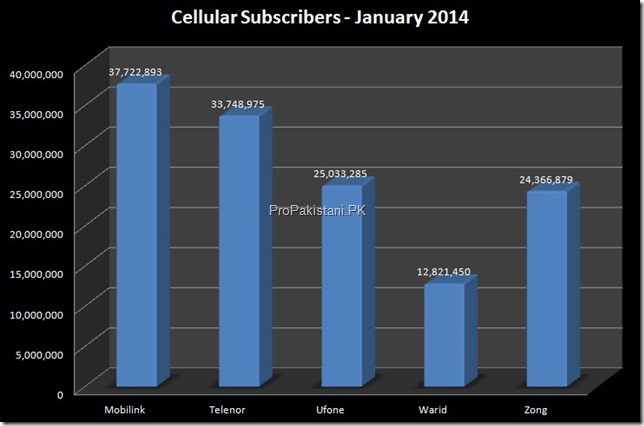 Mobile phone users in Pakistan were recorded at 132.33 million at the end of January 2014, said stats issues by Pakistan Telecommunication Authority.

During last two reported months, Telenor added 730,193 subscribers on its network to lead the race. Zong added 648,523 subscribers during December 2013 and January 2014.

Warid posted a net loss of 49,005 subscribers during these two months. 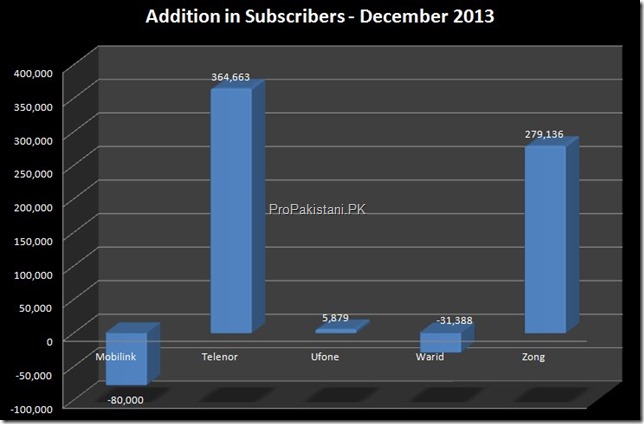 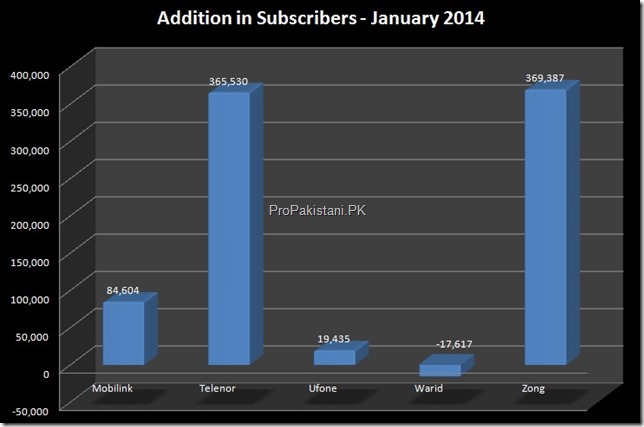 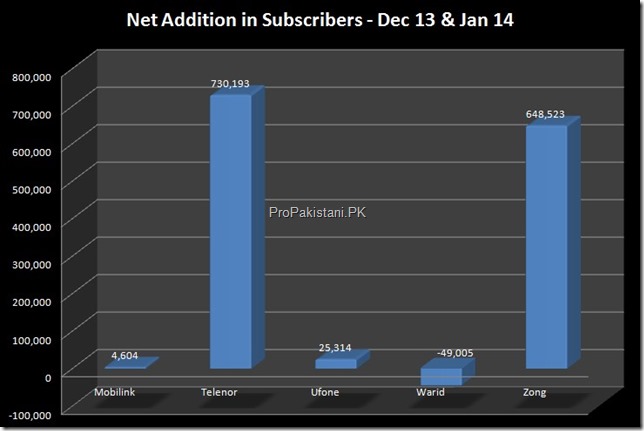 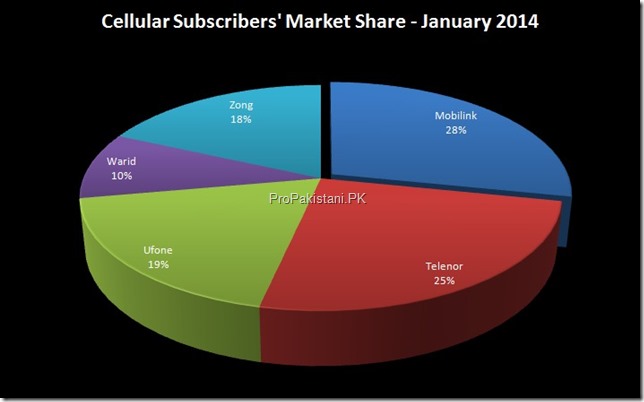