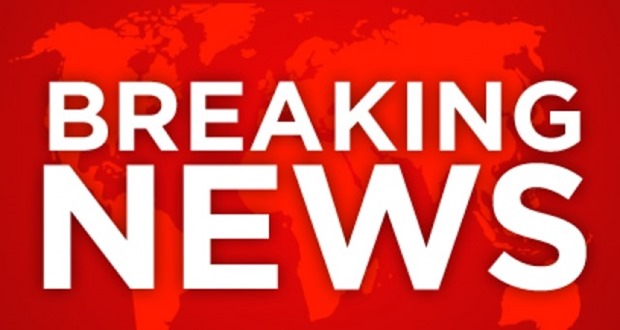 Government of Pakistan has decided to withdraw the notorious International Clearing House or ICH, we have confirmed with sources.

With this development, call rates for international incoming calls to Pakistan are likely to go down to pre-ICH levels, we have checked with foreign operators.

Ministry of Information Technology and Telecom has issued a policy directive in this regard that will reverse its directive on ICH issued in 2012, a source who has direct knowledge of the development told ProPakistani.

Pakistan Telecommunication Authority confirmed ProPakistani that it has received a policy directive from MoIT for withdrawal of ICH. PTA said that it will communicate the industry about the directive accordingly.

Regulator said that it had recommended MoIT for withdrawal of ICH.

As per information we have received, the new APC (Access Promotion Charge) is set at zero and LDI operators are free to negotiate their rates with foreign operators for international incoming call charges.

With this move — as mentioned above — international incoming call charges for Pakistan are likely to go down to pre-ICH levels if not below that.

With withdrawal of ICH, grey traffic coming to Pakistan will also decrease substantially as the incentive for grey traffickers will get down to a level where business will not remain viable case for them to continue the illegal channels.

Thanks to those in the powers at that time, Ministry of IT and Telecom issued a policy directive in August 2012, according to which LDI operators were asked to terminate their international circuits as PTCL was mandated to handle the entire international incoming traffic.

Not to forget, Competition Commission of Pakistan tried its best to block ICH but those in the powers then and the members of ICH were strong enough to put CCP’s ruling on deaf ears.

Check below the letter that PTA then issued to LDI operators for formation of ICH: 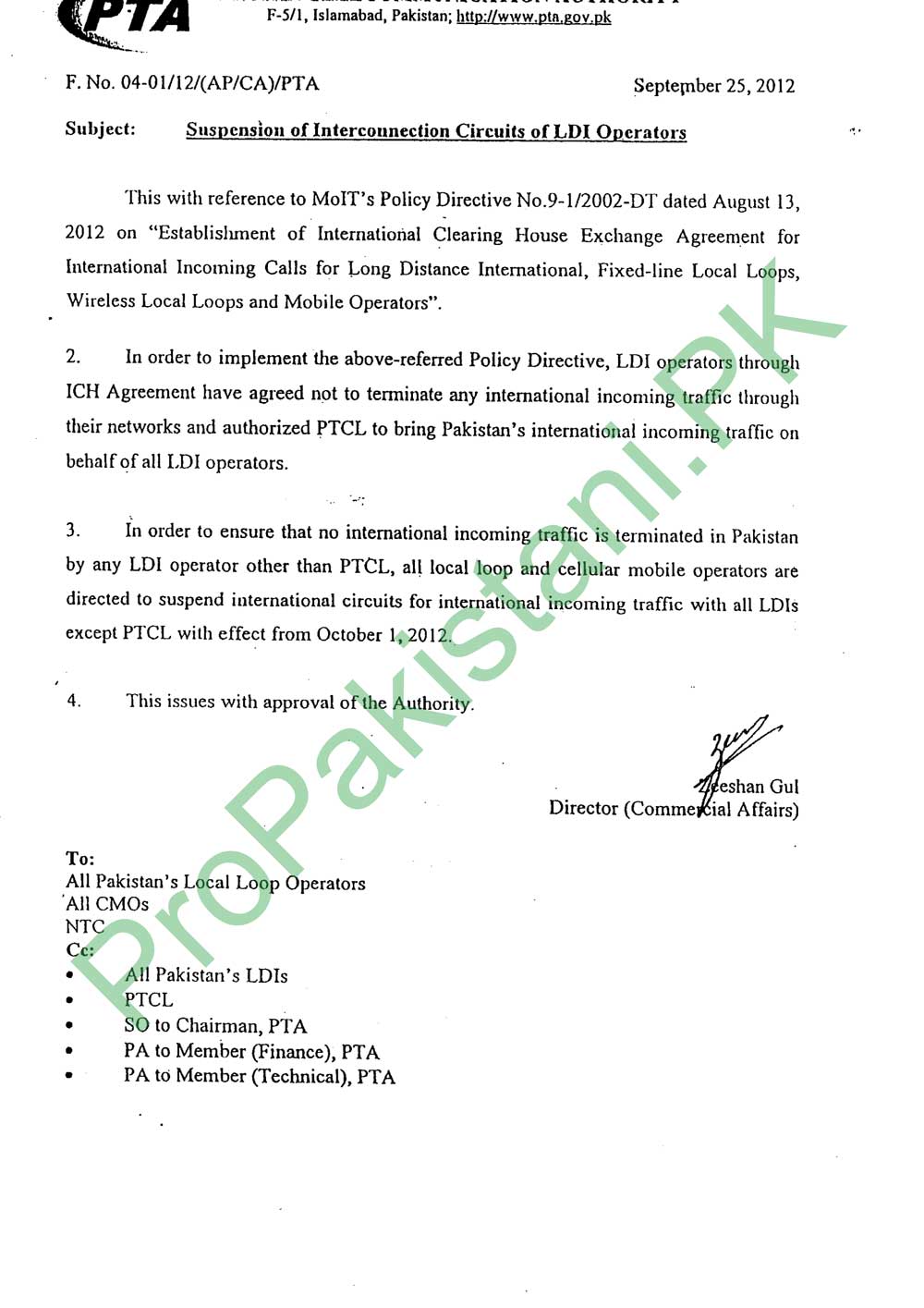 LDI operators were promised a revenue share out of the set-up as per their then market-share, however, they were not required to make any efforts to market or operate anything.

Policy directive also set the minimum charge for any international incoming call at a level that was 400 percent higher than the pre-ICH rate, thus increasing the call charges for those Pakistanis living abroad who wanted to make calls to Pakistan.

ICH was set in place on October 1st, 2012. While it faced serious criticism from Pakistanis with-in the country and abroad, the cartel was also denounced by international trade agencies including USTR, OCED, FCC and others.

Brain Telecom — a Lahore based ISP and LL service provider — took ICH members to court against the illegal formation of the cartel, and consequently won the case through an interim order.

Supreme Court, however, nullified Lahore High Court’s decision and reinstated ICH and said that CCP is the real authority with required mandate to decide on the issue.

CCP, after hearing the case, suspended ICH, issued show cause notices to PTCL and other LDI operators and fined them as well.

Despite all this, international incoming call rates were never reversed by regulator and hence real benefit was never transferred to the international caller.

With today’s policy directive issued by MoIT, call rates have been reversed to pre-ICH level, the formation of ICH has been nullified and LDI operators will resume to begin their international circuits as per pre-ICH procedures.

If you want to further study the impact of ICH on operators and Pakistani people, check below our coverage on the issue: