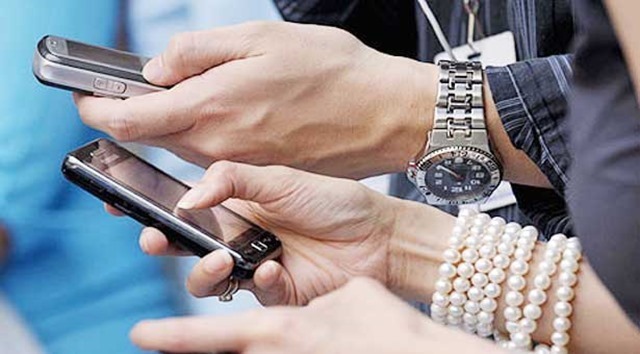 Mr. Shakeel Baig, Chairman CRPC, addressed a press conference here at a local hotel, where he shared his reservations on major issues related to telecom sector and the impact on telecom consumers.

The proposed increase in import duty of telecommunication equipment will slow down the rollout of 3G services in the country to eventually deprive the customer of 3G and 4G services, Shakeel Baig, chairman of CRPC, said.

According to details mentioned in Federal Budget for 2014 – 15, the import duty on imported machinery is doubled from previous 5% to a 10% value now.

This increase in duty will be applicable from July 1st, 2014.

In addition to increase in custom duty, the Finance Bill 2014-15 also nullified the Statutory Regulatory Order 575(I)/2006, which used to facilitate import of telecom equipment on reduced duties as opposed to the standard customs tariffs.

Under the said SRO, telecom sources say, the telecom industry used to avail a tax rebate and paid mere 5% customs duty on import of selected telecom equipment, which, as proposed in the new budget document, will increase to 10%, 15% and even 25% in some cases.

According to stats made available to ProPakistani, telecom industry paid Rs. 670 million (approximately) in customs duties on the telecom equipment imported last year.

Calculations suggest that if a similar quantity of telecom equipment is imported this year then the total custom duties to be paid by operators will increase by 43 percent to reach at or around Rs. 968 million.

This equation, if translated with consumers’ viewpoint, will mean that telecom operators will be able to deploy only half of the network they had planned at the time of 3G auction, because budgets have already been approved and allocated for network expansions by almost all operators and they can’t be revised.

After reviewing the bill in detail, the cellular mobile operators (CMOs) have termed the budget 2014-2015 unfriendly that negatively impacts the telecom sector’s growth.

Government has proposed to reduce withholding tax (WHT) on telecom services from 15 percent to 14 percent, which was increased from 10 percent to 15 percent just last year.

Federal government reduced GST from 19.5 percent to 18.5 percent but this reduction is only applicable for customers in Islamabad, Balochistan and KPK because other provinces didn’t follow the federal government and didn’t reduce GST on telecom services.

Telecom sector has remained poised over past few years due to such high-taxes.

Various studies have shown that 3G penetration is slower in countries with higher tax burden and in the long-run it also impacts the government revenues adversely. With advent of 3G in Pakistan, industry sources say, it is expected that mobile data penetration will directly impact gross domestic product (GDP) growth in future.

The imposition of Rs 250 sales tax to be paid at the time of registration of a new International Mobile Equipment Identity (IMEI) number has jolted the telecom sector, as a new type of sales tax has been imposed through Finance Bill (2014-15) without any consultation with the telecom companies.

In addition to Rs. 500 tax imposed on handsets last year – government of Pakistan now wants to collect Rs. 250 on each new handset that is registered on cellular networks in the name of “New IMEI Registration Tax”.

One handset that has been registered on one network and has paid the tax will not be liable to tax again even if it is used on any other network. PTA has been held responsible for maintaining a centralized data of IMEI numbers registered on network, so double taxation on the same IMEI number by more than one operator is prevented.

Mobile phone companies are directed to not to allow any calls/SMS or any other telecom facility without collecting Rs. 250 from customers that registers new handset with new IMEI number.

Telecom industry has shown its utter disappointment on the move by saying that this new tax will not only nullify the 1% cut in WHT, but in fact the collection of tax against registration of new IMEI is practically impossible.

Telecom companies have categorically said that they will simply not collect taxes on Government’s part. They said that they have not invested billion of dollars in this country to become tax collectors for the government.

Consumer Rights Protection Council (CRPC) requested the concerned authorities to take necessary measures to address these demands of telecom sector. It said that telecom sector is major contributor towards country’s FDI and national exchequer through highest taxes, it is time for the government to save the industry by rationalizing taxes on the sector.