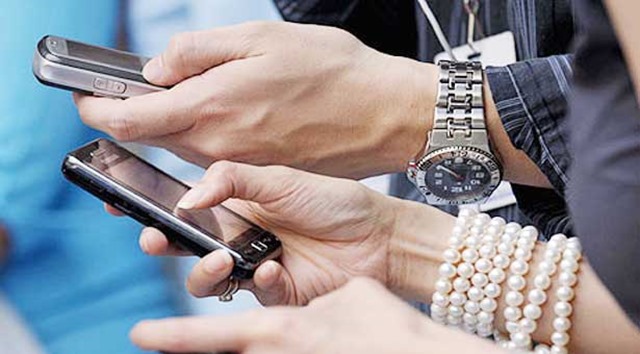 Government of Pakistan has once again shocked telecom industry by introducing first of its kind tax on mobile handsets that will be collected by mobile phone companies.

According to information we have received – in addition to Rs. 500 tax imposed on handsets last year – FBR now wants to collect Rs. 250 on each new handset that is registered on cellular networks in the name of “New IMEI Registration Tax”.

One handset that has been registered on one network and has paid the tax will not be liable to tax again even if it is used on any other network. PTA has been held responsible for maintaining a centralized data of IMEI numbers registered on network, so double taxation on the same IMEI number by more than one operator is prevented.

Mobile phone companies are directed to not to allow any calls/SMS or any other telecom facility without collecting Rs. 250 from customers that registers new handset with new IMEI number.

Mobile phone customers are not happy. Not because there is a new tax imposed on them but due to the fact that they are already paying hefty amounts – or almost 40 percent as taxes – for their communication needs. They simply can’t pay a penny more as taxes.

Not to forget, customers already pay Rs. 250 for feature phones and Rs. 500 for smartphones as taxes. This is in addition to near to 40 percet taxes and other charges that are collected on telecom services.

With introduction of 3G services in Pakistan, customers were just planning to switch to smartphones but with this move smartphones will get only expensive and beyond the reach of common man.

Handset industry is speechless with the move. Mainstream handset manufacturers believe that handsets are already liable to custom duties, sales taxes and other levies that it is become a hard proposition for them to sell handsets in Pakistan.

With this new taxes the proposition will only worsen.

This is happening in a situation when they are competing with low-cost Chinese handsets, with extremely low quality and the cost. One manufacturer, who is already struggling in Pakistan, told ProPakistani that his head-office was considering to quit operations in Pakistan as the sales and and returns aren’t viable enough for the company to operate in Pakistan. He said that this new tax will only turn out to be the last thing they will need to shift investment to any other country with low operating cost.

Telecom industry has shown its utter disappointment on the move by saying that this new tax will not only nullify the 1% cut in WHT and GST/FED, but in fact the collection of tax against registration of new IMEI is practically impossible.

Sources in telecom industry said that there is no possible way of maintaining the record of millions of IMEI numbers on a resource that can be shared amongst all five telecom operators.

Moreover, as per the finance bill, operators are required to check and verify the payment of “IMEI registration Tax” before each revenue generating activity (call, SMS, data service or any VAS) which means that operators will have to check millions of IMEI numbers before billions of calls made each day.

Additionally they will have to synchronize the data of millions of IMEI numbers with other networks before each call, which is impossible.

“This is technically impossible, or it will require such huge processing powers that only a super computer at each cellular network may tackle such kind of situation”, opined a Database expert.

Telecom companies while speaking with ProPakistani said that this is not viable for them on many levels. According to them:

Telecom companies said this is virtually impossible for customers to while-list their IMEI numbers by visiting their service centres or franchises as more than 136 million customers are spread across the length of the country including those far flung areas that have no access to any of such resources.

Tax payment through scratch card isn’t viable for them as well. Scratch card involve printing, shipment and management costs in addition to commissions for retailers and cellular companies simply wouldn’t want to pay commissions and other costs on cards that are used to pay taxes.

Telecom companies have categorically said that they will simply not collect taxes on Government’s part. They said that they have not invested billion of dollars in this country to become tax collectors for the government.

It merits mentioning here that cellular companies are already collecting taxes from customers (FED, GST, SIM Activation taxes) and are one of the largest tax collectors (after FBR itself), however, this new IMEI registration tax is completely senseless proposition for them and they have simply rejected it.