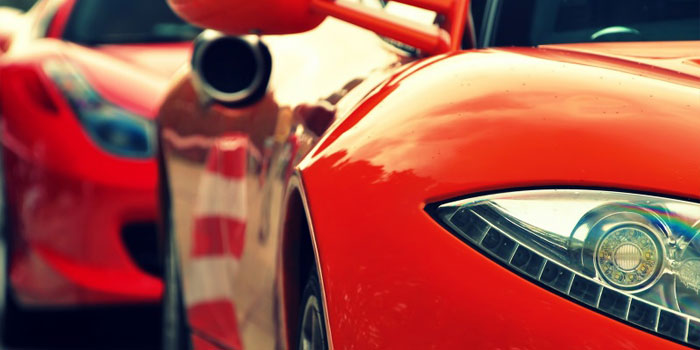 They reek of power and riches. And they have no qualms in boasting that with their muscle rides. Be it a car tantamount to a jetliner or a car brand that shows pure patriotism, you cannot afford to miss what the top 5 most powerful people in this world ride.

His non-Russian-made car collection consists of a stretched armored Mercedes-Benz S 600 Guard Pullman priced at $1.62 million along with his Mercedes-Benz Gelandewagen that comes with a $434,000 price tag.

Prior to becoming the President, Obama owned a 2005 Chrysler 300C V8 engine that received loads of criticism due to the lack of fuel efficiency. Switched to the more environmentally friendly 2007 Ford Escape Hybrid that was later on auctioned off.

His state car, nicknamed “The Beast”, is an 8 ton monster with an estimated price of $1.5 million. With doors weighing as those on a Boeing 757 jetliner, it is equipped with night vision, blood bank, a gas tank that won’t explode upon direct hits and is said to be bulletproof and bomb resistant!

Often referred to as the paramount leader of China, Xi Jinping in a way endorses Hongqi, China’s only domestically manufactured luxury car used as the official government state car (and also open for sale to the people of the Republic). Hongqi L5 limousine priced at a jaw-dropping $800,000 and filled with all the goodies a communist leader would love.

It hit the headlines during Jinping’s state visit to New Zealand, where the car apparently showed up before the Presidential crew landed. Weighing around 6950 kg, the Hongqi L5 limousine comes loaded with oriental history visible in its jaded door handles, fine leather interior and hand-carved wood trims.

Auctioned his Fiat Panda 4×4 late last year to raise money for the poor, right around the time he was building bathrooms for the homeless in the shadows of St. Peter’s Basilica. While the previous Pope’s car was auctioned off at a princely sum of $244,000, the buckets of money the new one drew were never made public.

His daily operational car is a 1984 Renault 4 Hatchback that already has 300,000 kms on it. Has also been seen in a blue-colored Ford Focus 2nd Gen, priced just above $16,000 at an informal gathering located at Castel Gandolfo, a small town outside of Rome.

Known to alternate between brands to use as her state car. Reason? To show neutrality and full support to all German car manufacturers in general. Her 1990 Volkswagen Golf was auctioned off on Ebay back in 2012 and almost reached a bid of €130,000, where the auction was later dropped as “none of the bidders had serious interest”.

However, it finally went to the highest bidder for €10,165. Merkel arrived at the EU summit in Brussels late last year with a ‘007’ number plate on her Audi A8 at a time when speculations were circulating that the US were spying on her.

Note: This article was prepared by Carmudi for ProPakistani readers