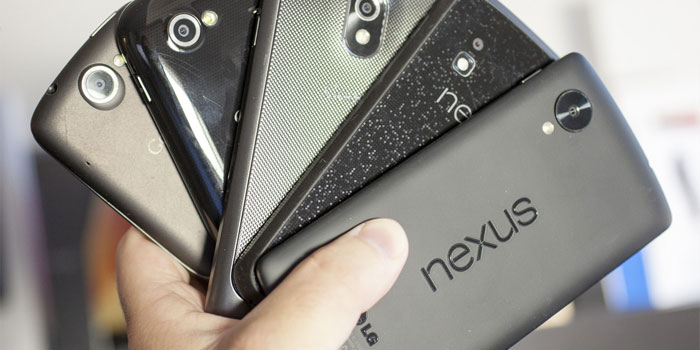 While the Nexus projects were usually assigned to long-term, major partners of Google’s Android project, market environment has changed now with the arrival of new and successful Chinese companies who have snatched enormous market shares from established companies.

In the light of such changing scenarios, Google has decided to reward its next Nexus smartphone deal to Huawei. The Chinese manufacturer, which has confirmed this news, will be the first company from the country to release a Nexus phone.

But the news isn’t surprising at all. Huawei has stunned all by quickly becoming the 4th largest smartphone company in the world, and 2ndlargest Chinese smartphone maker behind Lenovo (and Motorola).

The specs of the phone, codenamed Bullhead, include a 5.7” QHD display, a Snapdragon 810 processor and a 3,500 mAh battery

The specs of the phone, codenamed Bullhead, include a 5.7” QHD display, a Snapdragon 810 processor and a 3,500 mAh battery. The design is said to be more manageable than its predecessor. The leaked renderings show a similar design language to the company’s P8 smartphone, which is understandable. Specs can be subjected to change though so do take them with a pinch of salt.

The phone is rumoured to get released in the second half of 2015, possibly in November or around Christmas. Huawei has supposedly not decided which CPU it wants to use for its Nexus device, and is still bent between its home-baked Kirin chipset and a Qualcomm one.

We don’t, however, recommend you to put all your eggs in one basket over this news. LG, the company behind the Nexus 5 has reportedly geared up to produce a 5.2” smartphone based on that device, understandable given its immense popularity and alluring price. More than one Nexus phone releases seems like a possibility, then. Its successor the Motorola-built Nexus 6 meanwhile, was not quite nearly as successful thanks to a combination of uncharacteristically-high price and a polarizing design.

We could also see a LG Nexus device with a 5.2 inch screen, based on the Nexus 5

In that scenario, another possibility could be a high-end Nexus release from LG and a mid-range release from the Chinese. Or the other way round.

This partnership can bring huge benefits to both Google and Huawei. For the former, this will be yet another step in the quest to bring the Play Store and related services to the People’s Republic. To the latter, the partnership can certainly bring an improvement in image and reach in the West. We’ll have to wait and see when until these predictions materialize.