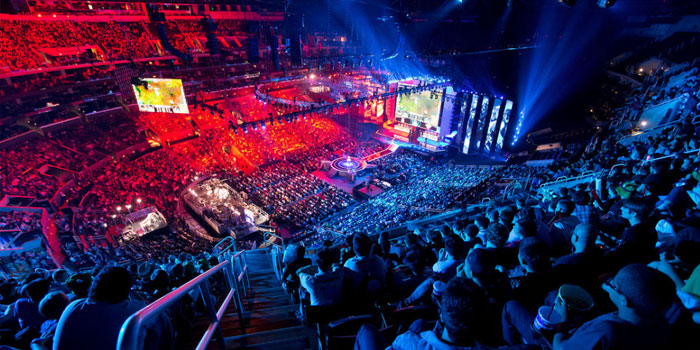 eSports or Pro gaming isn’t exactly a new phenomenon. Back in the days, eSports was limited to just small hotel ballroom tournaments and took place in front of a crowd of less than hundred. But with the advent of the internet age and the subsequent introduction of high speed broadband connections, online gaming really took off in the early 2000’s as a way for players from around the world to come together and compete with each other in online virtual battle grounds.

Nowadays, eSports has become a multi-million dollar industry with the capability to sell out arenas and match cable TV networks in the number of viewers watching at any given moment through online streams. The game has well and truly changed.

USM Holdings, an investment firm representing Alisher Usmanov; Russian billionaire and owner of Arsenal F.C, has announced that the billionaire is going to invest as much as a $100 million into eSports. This money will be invested into the most popular Russian eSports website “Virtus.pro” and will help it to further expand its operations and boost up the popularity of eSports in the country.

This is a major boost to the developing industry and shows that major businessmen around the world are taking notice of the potency of eSports as a possible revenue generator.

The New Era of eSports

What we are seeing in the eSports industry right now is an unprecedented growth, something that nobody imagined could happen even a few years ago. As the gaming industry has blossomed, so have the gamers. Games like League of Legends, Starcraft 2, Counter Strike, DOTA 2 and Call of Duty offer its users such an engrossing experience that they can now spend thousands of hours glued to their screens not only playing the game but also following the professional scene.

Some of these avid gamers have turned their gaming career into their life careers. Thousands of eSports tournaments are now being organized around the world every year that offer millions of dollars in prize money to its contestants. So not only is their big money in eSports now, it is also attracting big crowds to these events. More than 40,000 people last year watched the SSW, a pro gamer team, win the League Championship Series in Seoul’s World Cup Stadium while more than 27 million also tuned in through the internet.

The Rise of Twitch and Online Game Streaming:

Twitch.tv is a live video streaming platform that was launched in June 2011 as a way for gamers to stream their gaming sessions onto the internet for others to see. Such a session could be a playthrough, a walkthrough, a practice session or a stream of any gaming tournament taking place around the world. In just four years, Twitch.tv has grown from being a startup to attracting more than 100 million monthly visitors to its site who are watching billion of minute’s worth of streams.

It has played a major role in making eSports a mainstream commodity and also has been instrumental in supporting its community of gamers by sharing the site’s ad revenue with them showing that they are aware of the problems their community is facing right now. All this has made Twitch massively popular with the gamer crowd and so seeing this explosion in the website’s popularity, Amazon decided to buy it in June, 2014 for a reported $970 million.

Launched in August 2011, this annual DOTA 2 championship boasts the biggest prize money of them all, with this year’s edition having a prize pool of more than $18 million. Many Pakistanis were introduced to this tournament in 2015 because of Sumail Hassan Syed, part of team Evil Geniuses, which won this year’s international tournament and made Sumail the youngest teenage gamer to ever become a millionaire through this sport.

LoL was developed by Riot Games in 2009 and has steadily been growing in popularity ever since. It has more than 67 million monthly users and enjoys massive popularity in the eSports crazy country of South Korea.

The 2014 LoL Championship set new records when it comes to online viewership with more than 27 million tuning in over the course of the tournament and more than 11 million logging in at the same time through the internet. This is a bigger audience than most of broadcast TV’s biggest events.

Counter Strike has been one of the most enduringly successful games of the last decade. Counter Strike: Global Offensive tournaments organized by ESL One and Dreamhack consistently draw big crowds and also give away millions of dollars of prize money every year.