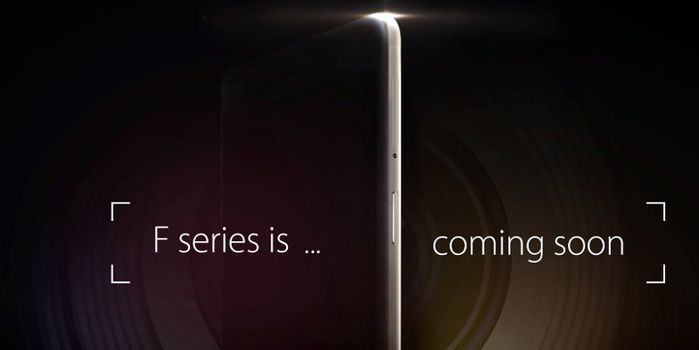 It’s not out of the ordinary for smartphone makers to launch local or global sub-brands and series targeted towards a particular market segment. Samsung launched their Galaxy J and Galaxy On series which specifically targeted the mid-range and entry level market of smartphones. Similarly, Sony has their E series for entry level Smartphones and C series for selfie oriented midrangers.

Oppo Has a New Line of Smartphones for Photography Enthusiasts

Oppo has announced that they will be releasing smartphones under the F series, which will be tailor made for advanced camera functionalities. The F series will not be limited to the Chinese market and will be made available to the international markets.

The new F series smartphones will sport top of the line camera specifications, optics and features. The company said in a statement that “growing global demand for premium-quality mobile photography experiences” is the cause behind the new F series and it will be “a core product series for OPPO in 2016”.

While speaking at the announcement, Sky Li, Vice President and Managing Director of Oppo had this to say:

“The F series will inherit the excellent camera performance and exquisite design tradition that have earned accolades for OPPO’s flagship series. The series will bring devices with impressive specs, eye-catching style and amazing prices that will have consumers doing double takes on the excellent specs and build quality.

We are very excited to introduce the F series, which will allow an even wider range of users from all around the world to experience OPPO’s outstanding photography technology.”

The first phone of the new series will be named Oppo F1 and will be made official at CES 2016 within the next few days. Rumors suggest that Oppo A53, recently launched in China, will be renamed as the Oppo F1 for the international markets.

A brief look at Oppo A53 shows that the smartphone features a premium metal body and mid-range specs. It is powered by a Snapdragon 616 octa-core processor and 2GB of RAM coupled with 16GB of built-in storage. The device boasts a 5.5-inch 720p display with Android 5.1 based Color OS 2.1. Under the hood is a 3,075 mAh battery which supports VOOC fast charging.

The camera department is covered by a 13MP rear camera which comes with a single LED flash and a 5MP front camera. The device comes with dual SIM support, basic connectivity options and a 4G modem. The 7.4 mm thin device weighs just 153 grams and is competitively priced at around 1799 Yuan ($280). So a $300 price for the international market is not off the cards.

Confirmed and official details about the Oppo F1 will be detailed in the next few days so stay tuned for updates regarding Oppo’s new photography centric smartphone series.