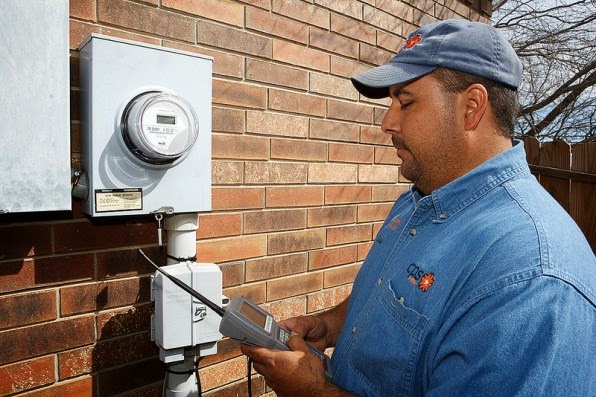 After Rawalpindi/Islamabad, the government has introduced Mobile meter reading process through Android mobile phone in Sindh province, a move that’s aimed at bringing accuracy and transparency in the system.

According to the details submitted in the National Assembly of Pakistan, the mobile reading process has been initiated by DISCOs. The meter readers are now duty bound to report for meter reading in rural areas of Sindh every month. It is their responsibility to record actual reading for billing. This system will also ensure that absenteeism is also curbed.

Earlier there were too many complaints about the faulty system of meter readings and huge rush could be observed at WAPDA offices so that erroneous billing information could be fixed.

However, a significant reduction has been noted in the number of complaints against the faulty meter reading system. Furthermore, it can now be observed whether meter readers are at duty or not, contrary to earlier practices.

Mobile meter reading has been started in several Sub-Divisions of rural areas of HESCO and SEPCO. The details are as under:

Mobile reading has been initiated in 23 out of total 40 Sub-Divisions. The remaining Sub-Divisions will be handled by February, 2016.

Mobile reading has been initiated in 22 out of total 67 Sub-Divisions. The process will be completed by February, 2016 in 51 Sub-Divisions in total. The remaining 16 Sub-Divisions will, however be covered by June, 2016. Pictures of meter with actual reading are now being printed on electricity bills.

Meter readers are now functionally-bound to visit the site and take picture of every meter and actual reading on it. New mobile sets have been provided to the reading staff so that cameras on the new mobile sets can take good quality pictures without any issues.

No excessive bills are sent to customers in the said area. Computers are being operated by the available staff of DISCOs especially trained for the purpose.

Additional D.G (IS) GEPCO has been directed to provide computer operation training and mobile software skills to the concerned staff so that better services could be provided to the customers in future.

However, at present there is no proposal to install pre-paid electricity meters in rural areas, and the concerned authority needs to look into it, according to a report submitted by the government in the Lower House.

Previously, IESCO had decided to utilize meters which were being used for taking reading of gas consumption. Over 300 meter readers of Rawalpindi divisions were imparted training on this count. But this experience remained unsuccessful.

Therefore, IESCO authorities provided state of the art Android Samsung Galaxy Grand prime 8-megapixel mobiles to meter readers besides providing training to them to make the most of the new system.