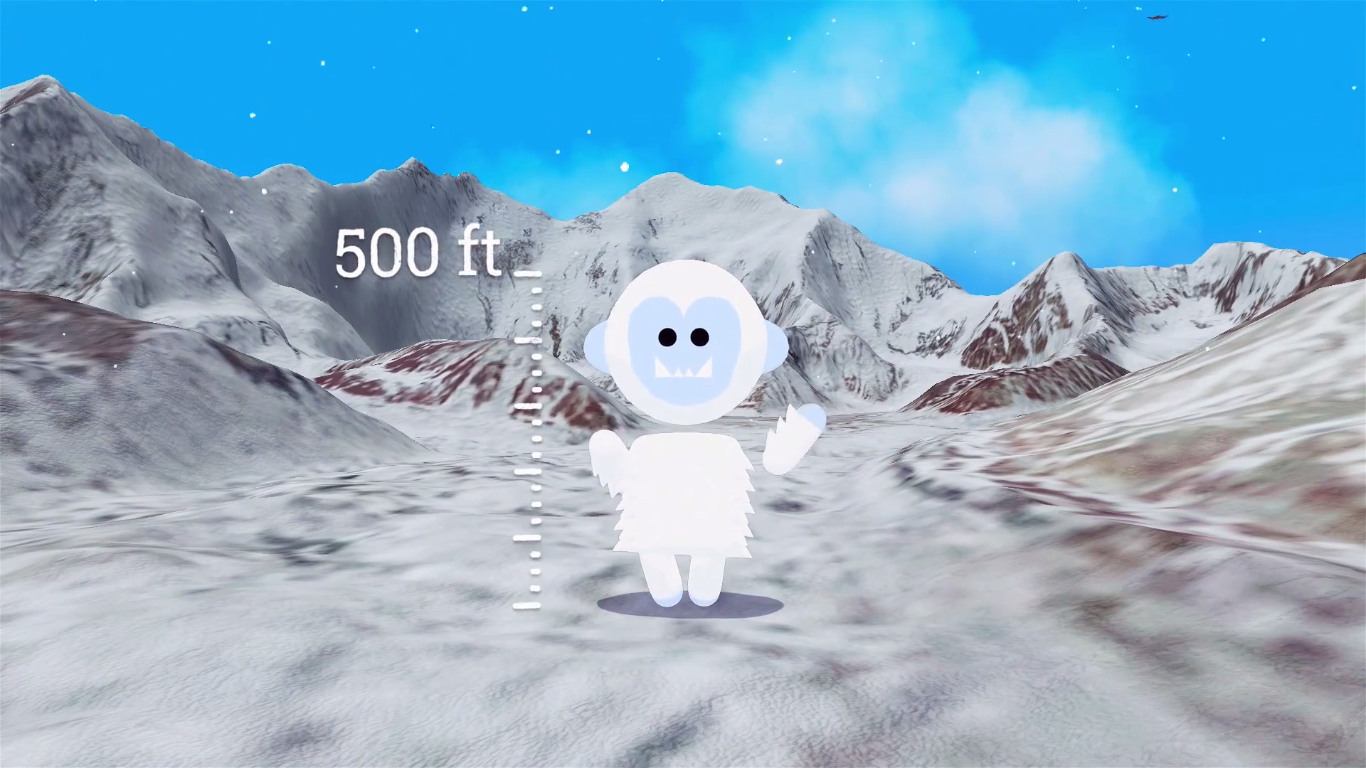 Another creation from the Google Creative labs has popped up in the shape of a new exploration game known as Verne: The Himalayas. The game allows you to tour the Himalayas playing as a 500 foot tall Yeti (A fictional giant walking snowman) named Verne.

Google Creative labs is known for experimenting, their previous ventures include something that lets you switch lips with other person and another app centered on discovering all the tourist sites via augmented reality (similar to Pokemon Go).

Google Maps has already worked to bring 3d imagery to famous destinations such as New York City, Paris and the Grand Canyon. The Himalayas seem to be the biggest one of their projects yet, with the game allowing you to explore the place in a third person viewpoint.

The game hands you a map of the Himalayas with instructions and details about the various areas within the mountains you can visit. Instead of being a tour like game with just a given path to explore, you can fly around on a jetpack, hang-glide or slide down the slopes if you want.

From the video the game seems to really fun to play especially if you are a fan of adventure games. The game looks beautiful in terms of the cutesy animations and models and happens to be informative and interactive adding to the benefits of playing the game.

Unfortunately the game is not yet available in Pakistan and the APKs don’t seem to work either so you cant try it out until its available officially in Pakistan on the Google Playstore. Since it’s a Lab Project, expect that to be sooner rather than later.

What do you think about Verne:The Himalayas? Share your views in the comments.