Samsung, one of the two biggest smartphone manufacturers in the world, wants you to forgive it for the whole Galaxy Note 7 fiasco.

The South Korean technology giant has been having a really bad year. As if exploding phones and messing up the recall wasn’t enough, washing machines started blowing themselves up too. Just this week, we also heard about a Galaxy Note 4 reportedly exploding while on charge.

Amidst all this havoc, Samsung is now admitting its fault and is ready to own up to their mess. They also want to apologize to everyone who has been caused any trouble and to show its commitment to the apology, the South Korean giant has run full-page apology ads in popular newspapers such as The Wall Street Journal, The New York Times, and The Washington Post.

Full-page apology ads are the future of print media: pic.twitter.com/fBAZ9uXFmD

Here is another version of the apology, 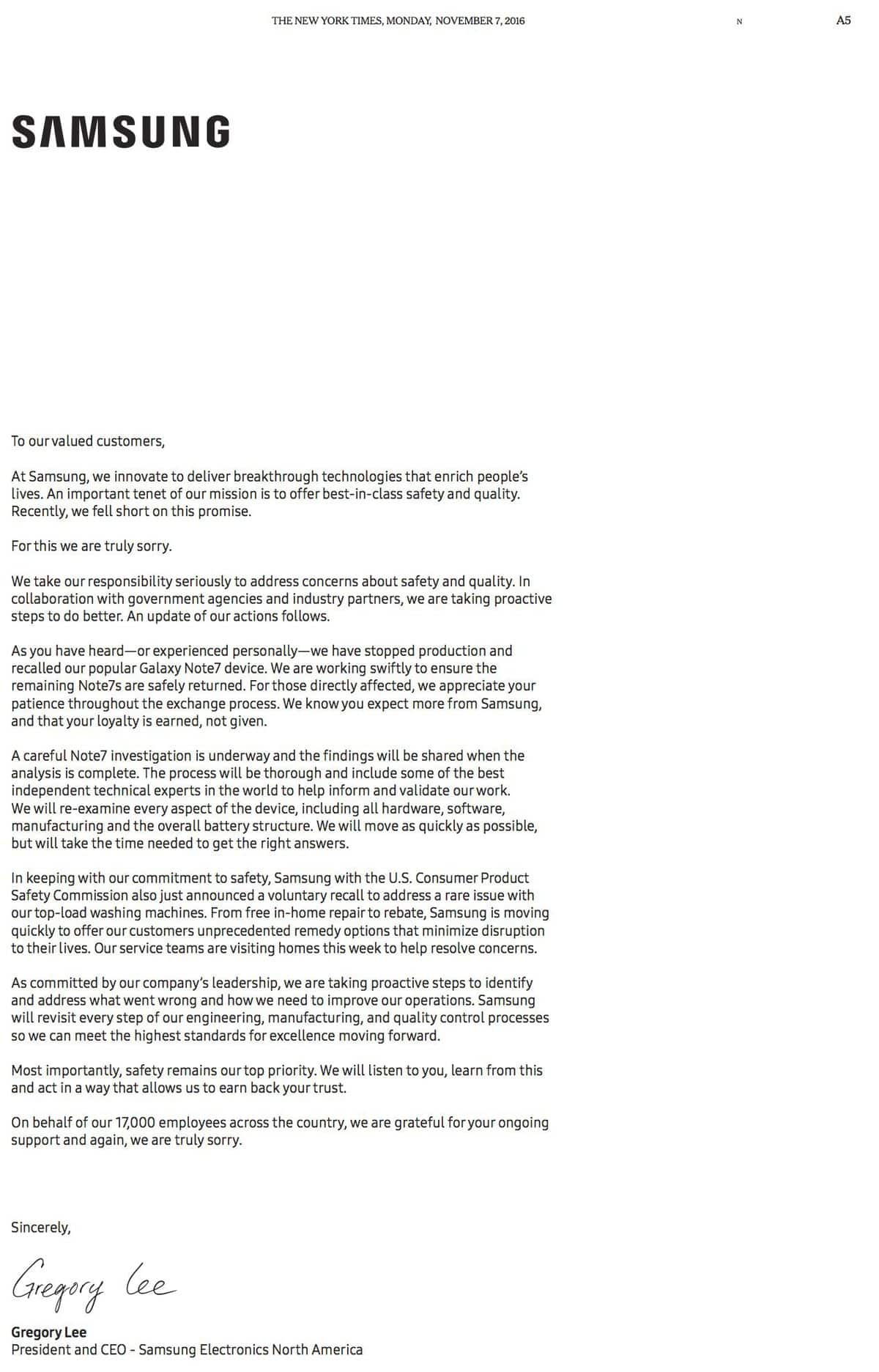 Samsung has been suffering some huge losses due to the Note 7 and it seems like it just wants to get over it. The Note 7 has been officially discontinued and it remains to be seen whether we will get a successor for Samsung’s famous phablet phone. If we indeed do get one, Samsung would need a lot more than just an apology to convince people to buy it.