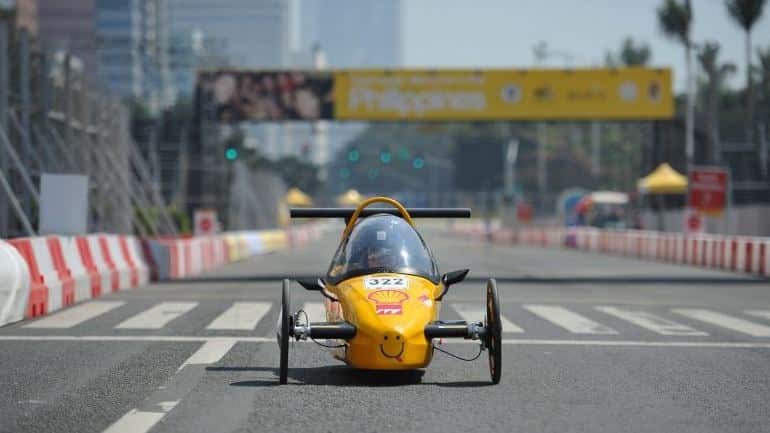 The Shell Eco Marathon is a global competition that challenges students around the globe to design ultra-energy-efficient vehicles and build it themselves. The Asian edition of the competition, Shell Eco Marathon Asia, is going to be held in Singapore next year and a number of engineering universities in Pakistan are vying to compete in it.

What is Shell Eco Marathon?

The vehicles are judged by the amount of energy consumed in covering a specified distance and the vehicle that consumes the least energy wins.

Pakistani universities specializing in engineering have been taking part in this competition for several years. LUMS — one of the top business schools in Pakistan — is not really known for their engineering prowess. However, for the first time, a team from LUMS has also qualified for the Shell Eco Marathon Asia 2017 and we got in touch with them to get a behind the scenes look.

The team consists of seven people, working under the guidance of Mr. Nauman Ahmad Zaffar — an Associate Professor of Electrical Engineering at the LUMS Syed Babar Ali School of Science and Engineering (SBASSE).

All of them are in their 7th semesters and want this to be one defining mark on their academic careers. 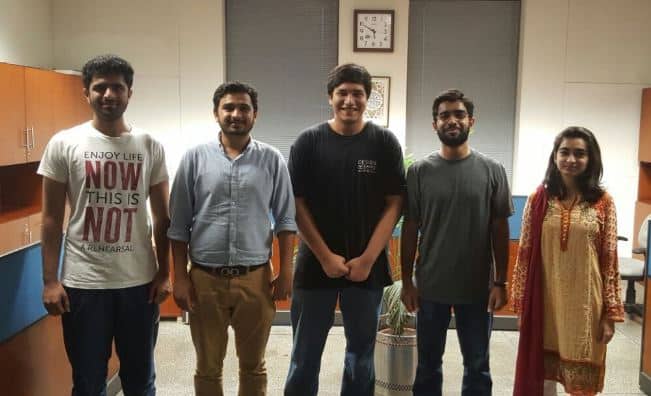 Meet Ahmed Hembel, one of the team members, who started this project alone seven months ago. Now, he wants to use this opportunity to prove that LUMS also has a thriving engineering program. 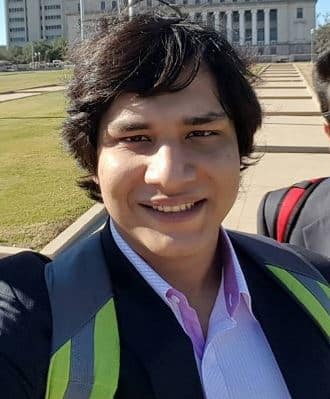 “The engineering school is relatively new here with only four batches graduated yet,” says Ahmed.

“It was only a matter of time before someone proved that yet another team of engineers from Pakistan has taken this challenge. The teams from other universities improve on their previous designs, whereas we had to build one from scratch. That was a hard task especially because LUMS doesn’t have a mechanical engineering department.” 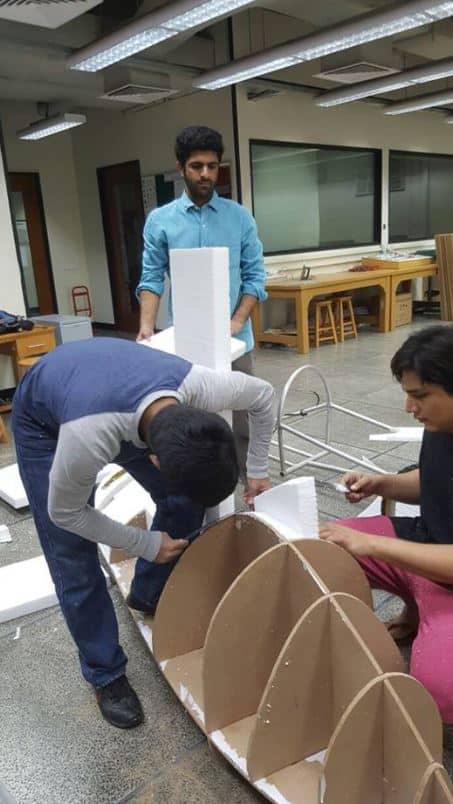 When asked why he opted for LUMS over other engineering-focused universities, Ahmed said that he preferred LUMS for it being in Lahore— his hometown.

“There was a notion of doubt in my mind about LUMS’ engineering program but now, in my senior year, when I look back, I know I wouldn’t have had a journey this great anywhere else.”

The selection for the competition was based on two main phases. Phase 1 submission was a preliminary design and overview of the vehicle, while phase 2 required them to provide details about the progress made since the first phase submission and other technical details. Ahmed’s team was the first team to apply from LUMS for participation and they have successfully passed both the phases.

They now look forward to attending the big event; the Shell Eco Marathon Asia 2017, scheduled to take place in Singapore from the 16th of March to the 19th of March. Already, the team is hard to work on making their dream come true. Currently, they are working on the vehicle’s electric circuitry for the main motor.

“The main metal frame/chassis is ready and now it needs a body over it to reduce air resistance,” said Ahmed, when asked about the team’s progress. “The wooden thing you see is called a wooden buck. It is used as a mould to make a carbon fiber body.” 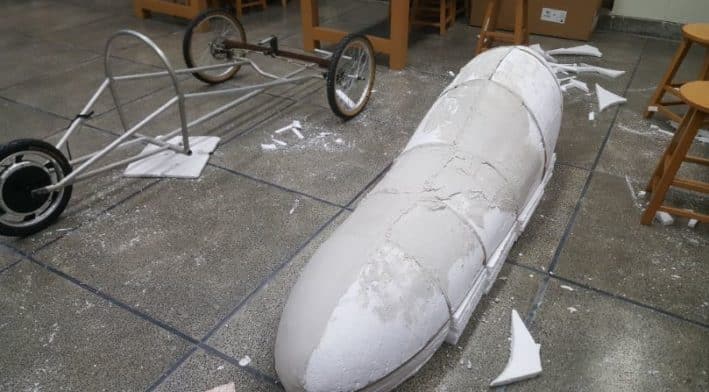 Talking about what the uniqueness of their design, Ahmed told me about their plan to include regenerative braking which most people omit.

“Regenerative braking puts electrical energy back into the battery when you apply the brakes, reducing the amount of energy consumed.”

The team is also on the lookout for sponsors to help them reach Singapore. The competition requires each team to be responsible for their own costs and expenses, from participating in the event i.e. travel from home country to Singapore and back, to building and freighting cost for vehicle and hotel/accommodation, etc.

Recently, we have been seeing an increasing number of students participating in global competitions like this one. This not only gives them a chance to try their knowledge and skill in the real world and prove their mettle, but also gives them a lot of useful exposure. Just last year, a team from NUST made history by making Pakistan’s very first Formula Electric car and got selected in the SAE Lincoln 2016 contest.