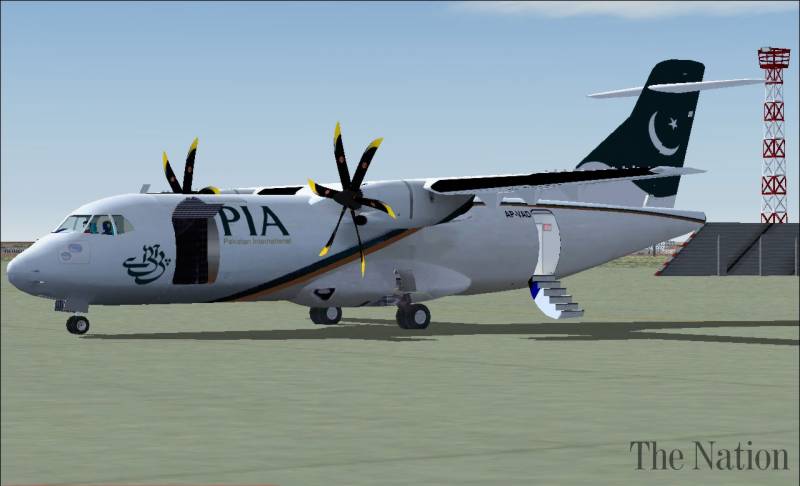 A PIA pilot refused to fly an ATR (Avions de Transport) aircraft yesterday, claiming that the plane has a defective part and the plane is not fit to be used.

This charter flight (a flight outside of an airline’s regular schedule) was originally booked by an international company and it was supposed to fly from Karachi to Mohenjo-Daro, but after getting a refusal from the PIA pilot, the scheduled flight did not go anywhere.

PCAA to be Blamed?

When asked by a Geo News reporter on this matter, the pilot said that the engineering department should’ve detected the defectiveness and shouldn’t have allowed this aircraft to be used by anyone in the first place.

Later on blaming the Pakistan Civil Aviation Authority (PCAA), he said that they give a “one time waiver”, and they sometimes allow an aircraft to fly even though it has a defective part, using the term “as long as it can fly”.

The reporter said that this a huge problem and it could’ve caused many accidents.

“The engine could’ve failed at their destination, the Mohenjo-Daro airport. It could’ve even failed mid-flight. They should’ve never allowed this plane for use. This matter should have never reached the pilot”.

Not to mention that the PK661 had engine failures in the past as well.

Read more: A History of PIA Accidents That Have Killed Over 750 People