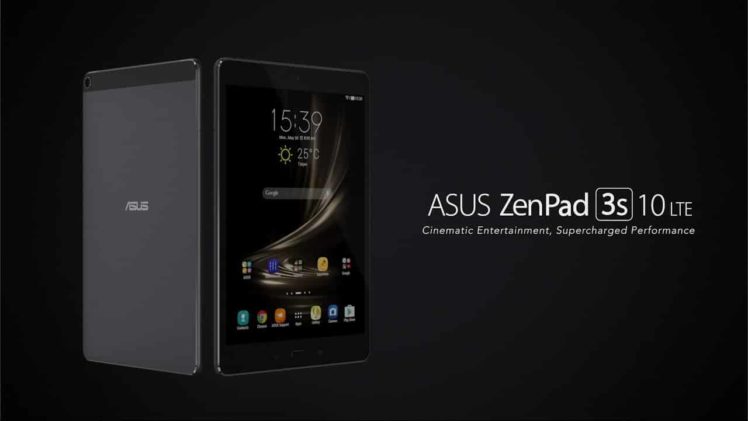 Android high-end tablets remain a rather limited market despite the obvious success of the operating system in the phones market. This can be possibly attributed to the lack of apps unlike iPad, and as a result of that there are rather few options in the upper-most segment of the market. Dwindling demand for tablets can also be blamed for this.

ASUS is announcing a new high-end tablet called the ZenPad 3S 10 LTE. This tablet is an update to the previously released ZenPad 3S 10.

The tablet features a decent processor, a 4:3 display and a good design to boot.

On the connectivity side, the ZenPad 3S 10 LTE supports LTE as suugested by the name, as well as the usual wireless whiz and USB Type-C for charging. The camera on the back is an 8 MP sensor (no LED flash), complementing the 5 MP shooter on the front. The tablet comes with Android 6.0 Marshmallow based Zen UI onboard.

Another interesting detail in the package is the Z Stylus, which is bundled, and supports up to 1024 pressure levels. Battery capacity is set at 7800 mAh.

As for the pricing, the ZenPad 3S 10 LTE will retail for $405 when it hits the market (which has already started). The tablet could be one of the best offerings we see in the market segment this year. If you can’t afford the LTE version you can go for the regular ZenPad 3S 10 instead which comes for $350.