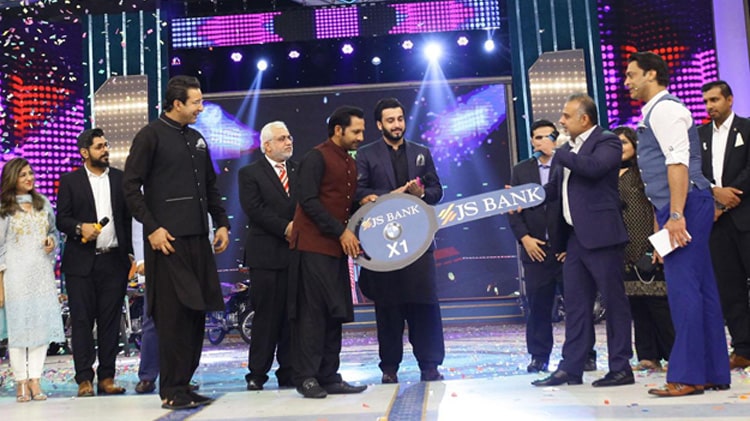 Sarfraz Ahmed – the captain of Pakistan cricket team – honored Geo Khelo Pakistan game show in its 25th episode as a guest, alongside hosts Wasim Akram and Shoaib Akhtar, and was presented two gifts in acknowledgement of his and the team’s service to the country.

Entering to thunderous applause and loud chants of ‘Sarfraz Zindabad’, the captain appeared surprised and humbled at the welcome he received.

He was awarded luxury SUV BMW X1 as a thank-you from JS Bank in association with Dewan Motors.

After the show was aired users took to digital and expressed their sentiments on the hashtag #JSHonorsSarfraz and thanked both Sarfraz and JS for bringing the honor to Pakistan and bestowing the nations hero with such respect.

Pakistan, under the captainship of Sarfraz, bagged a stunning win on Sunday against the longstanding arch rival India in the ICC Champions Trophy final held at The Oval, London. The historic victory was celebrated by Pakistani supporters all around the world.

Sarfraz thanked God and also expressed his gratitude to the team and fans. “I’m really thankful to Allah for providing us with so much honour and giving us the opportunity to enhance our reputation. In addition, it is our parents’ and fans’ prayers that got us to this place,” he said, adding that the team worked really hard for this victory.

Sarfraz was pleased to attend the game show and enjoyed being in the presence of legendary cricketers Akram and Akhtar, who he said he “usually saw on the field, rather than on a TV show”.

The admired cricketers wished the audience and Pakistanis a Happy Eid in advance. 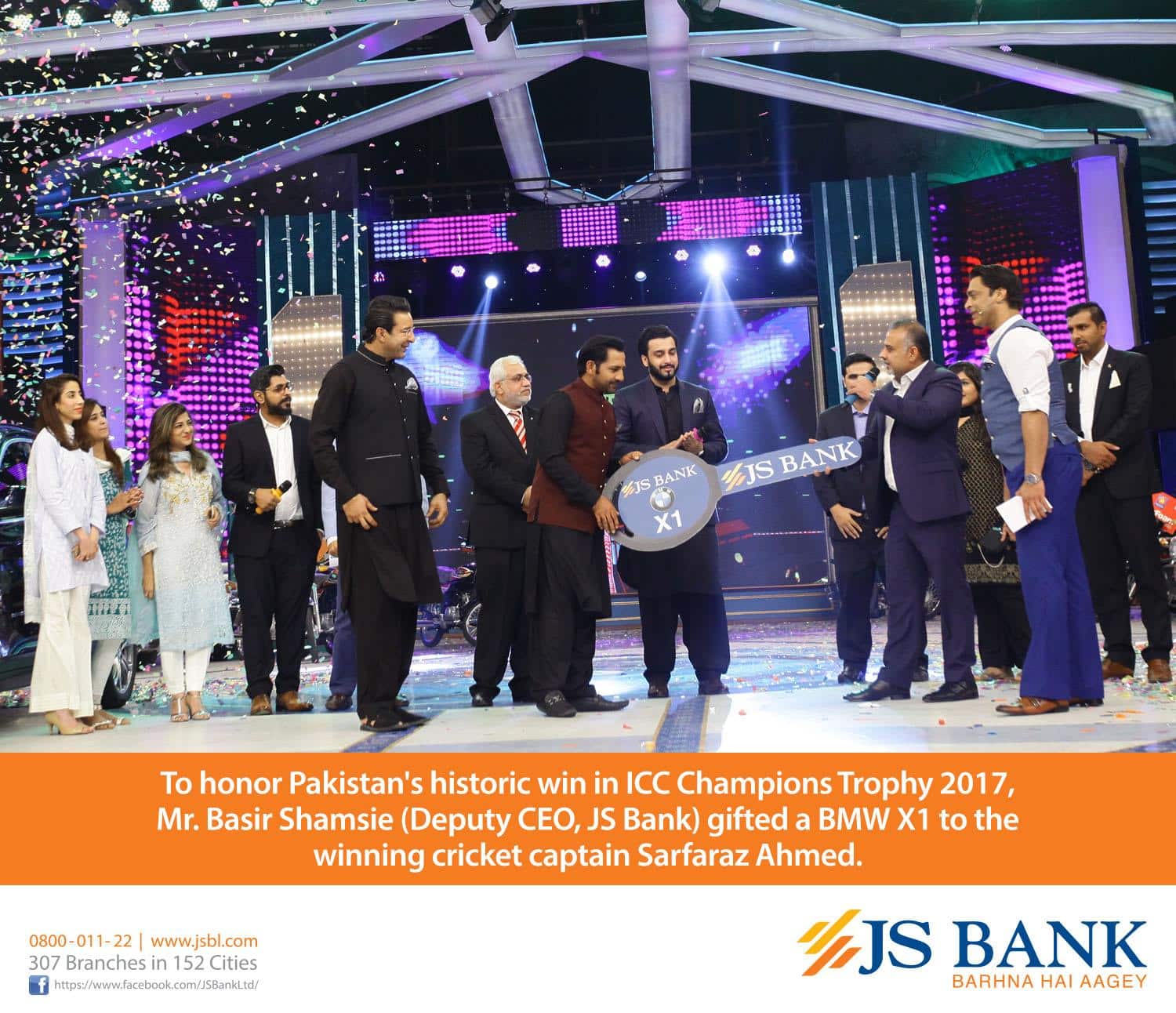