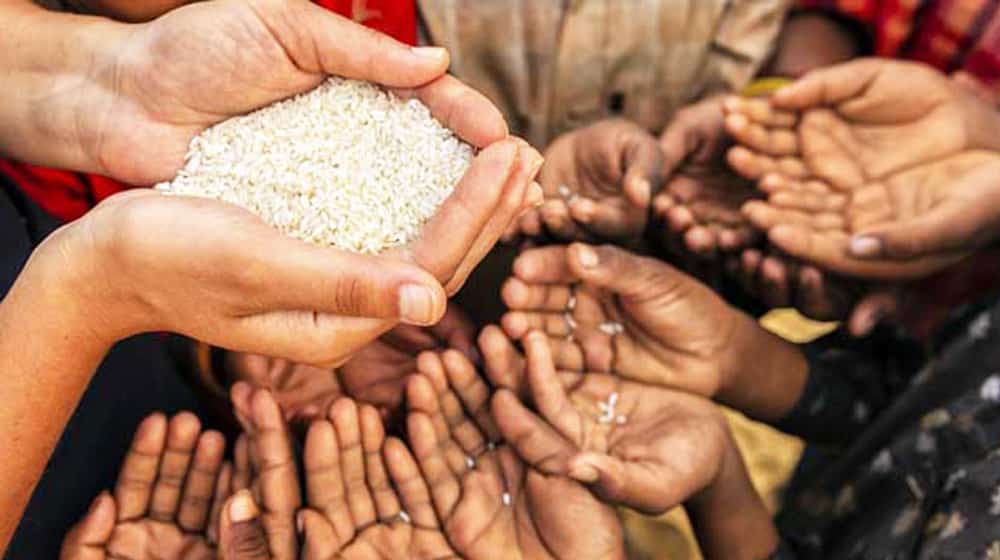 Pakistan and India have shared an uneasy relationship since Partition. Despite their common problems, the two countries continue to be at loggerheads with each other when it comes to politics.

This woeful state of affairs may have continued to persist, but that didn’t stop two friends from either side of the border to come together and fight against a common enemy – hunger.

Neel Ghose from Delhi launched an initiative in 2014 which aimed to feed 150 homeless people. Dubbed as the Robin Hood Army, Neel decided that something massive needed to be done to help India’s poor.

He shared his idea with a friend, Sarah Afridi from Pakistan, who also wanted to expand this noble project this side of the border as well. A few months later, the Pakistani chapter of the Robin Hood Army (RHA) was born. 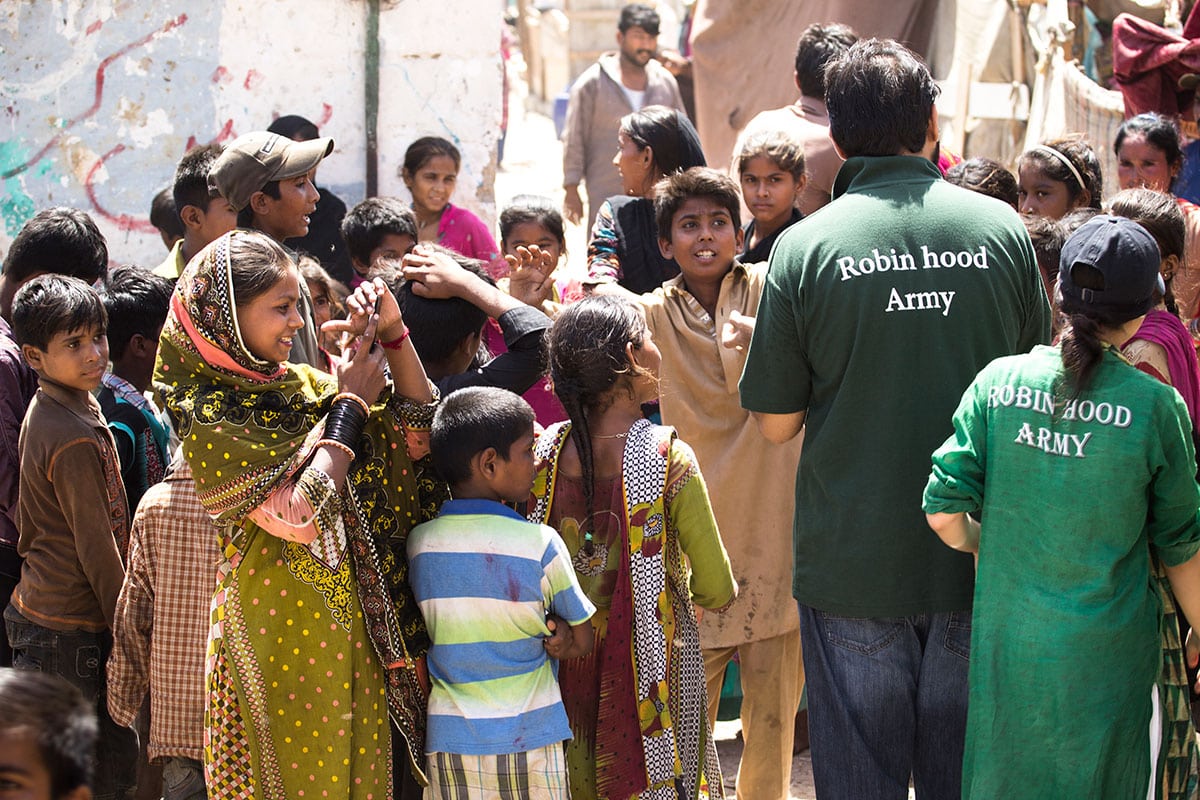 Pakistan faces many challenges and one of them is food insecurity; six out of 10 people suffer from it. This means that 60 percent of the country’s population has limited access to a sufficient quantity of affordable, nutritious food.

Youth groups in Karachi, Lahore and Islamabad are hoping to play a vital role in reducing this problem. The kids go out on Sundays to collect meals from food outlets which can then be distributed amongst the poor people.

While distributing food in a slum in Karachi, Anaam Afridi, a founding member of RHA Pakistan, said:

We take this food to those who are not sure where their next meal is going to come from.

The Robin Hood Army’s slogan, “We might be on different teams but we are batting for the same side”, is aimed at bridging the India-Pakistan divide, explained Afridi, her voice barely audible above the singing children who were delighted at the sight of cupcakes and pastries. 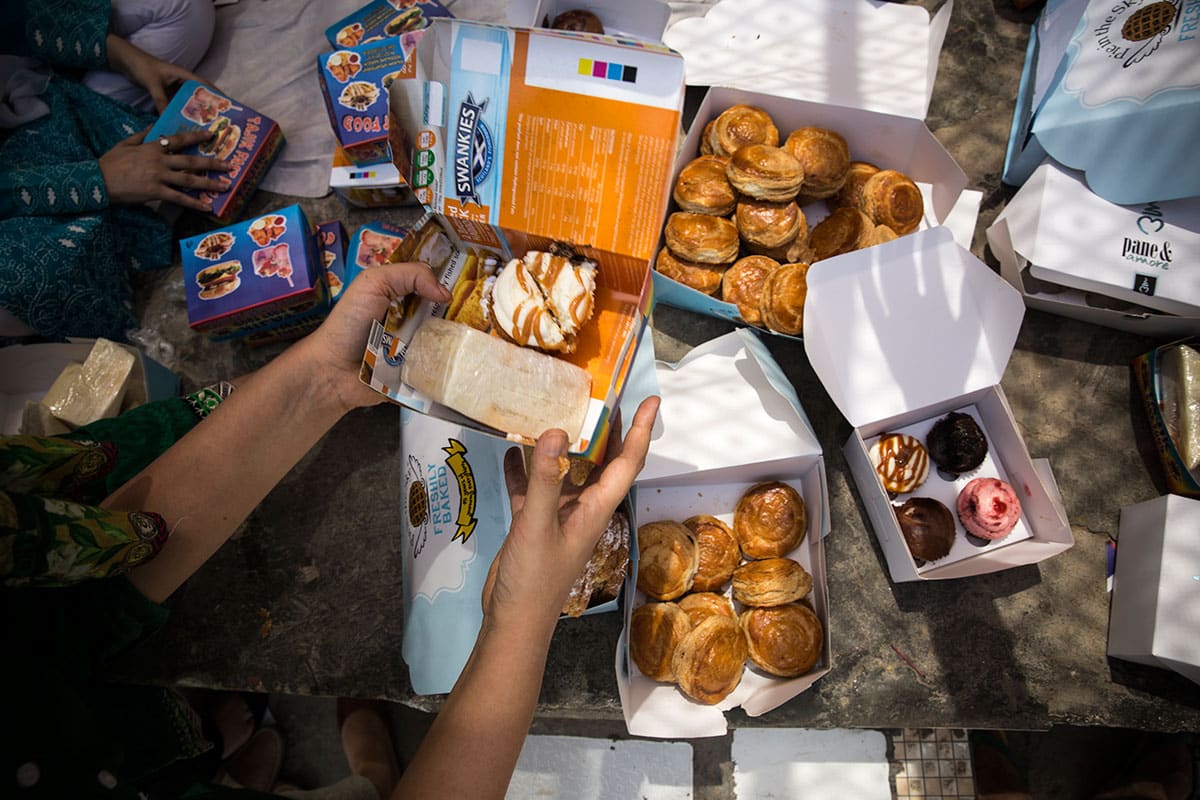 The first food distribution in Pakistan was self-funded by six founding Robins of Karachi.

With basic logistics in place, the group started expanding, and its popularity also increased through social media. 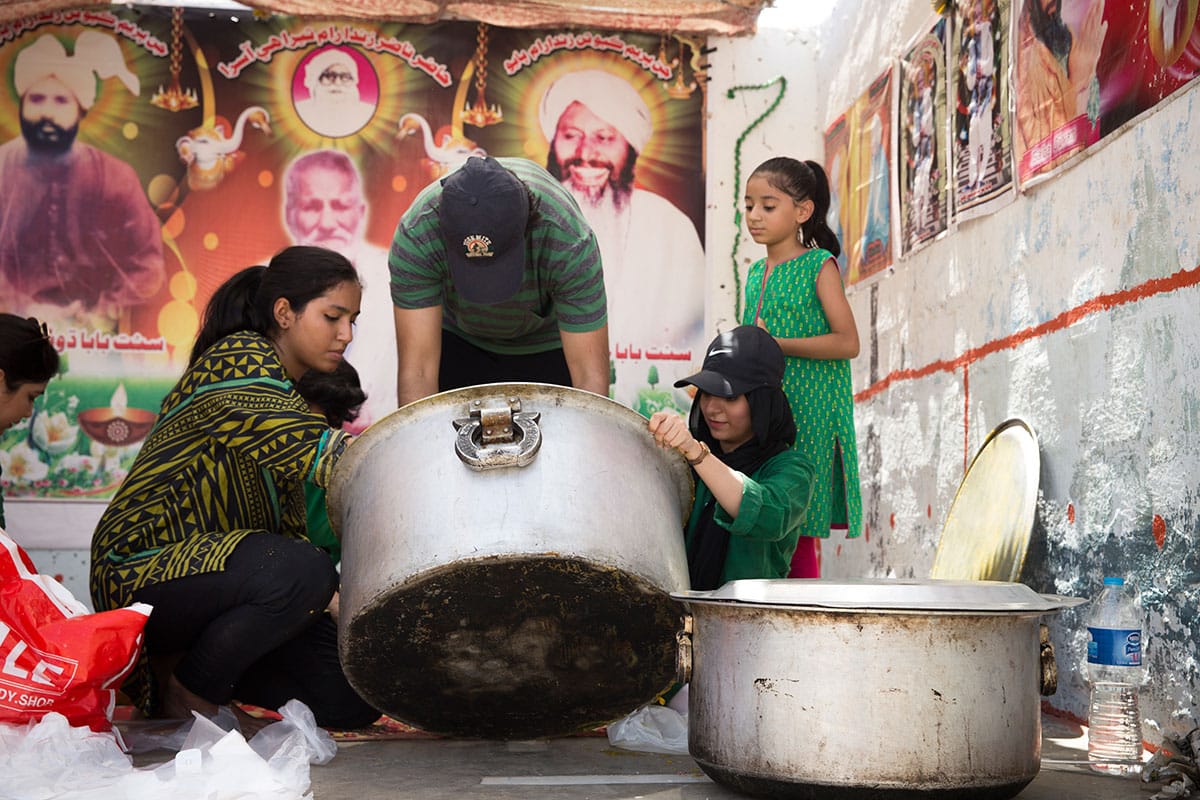 Sahil Abbasi is the owner of biryani outlet in Karachi. 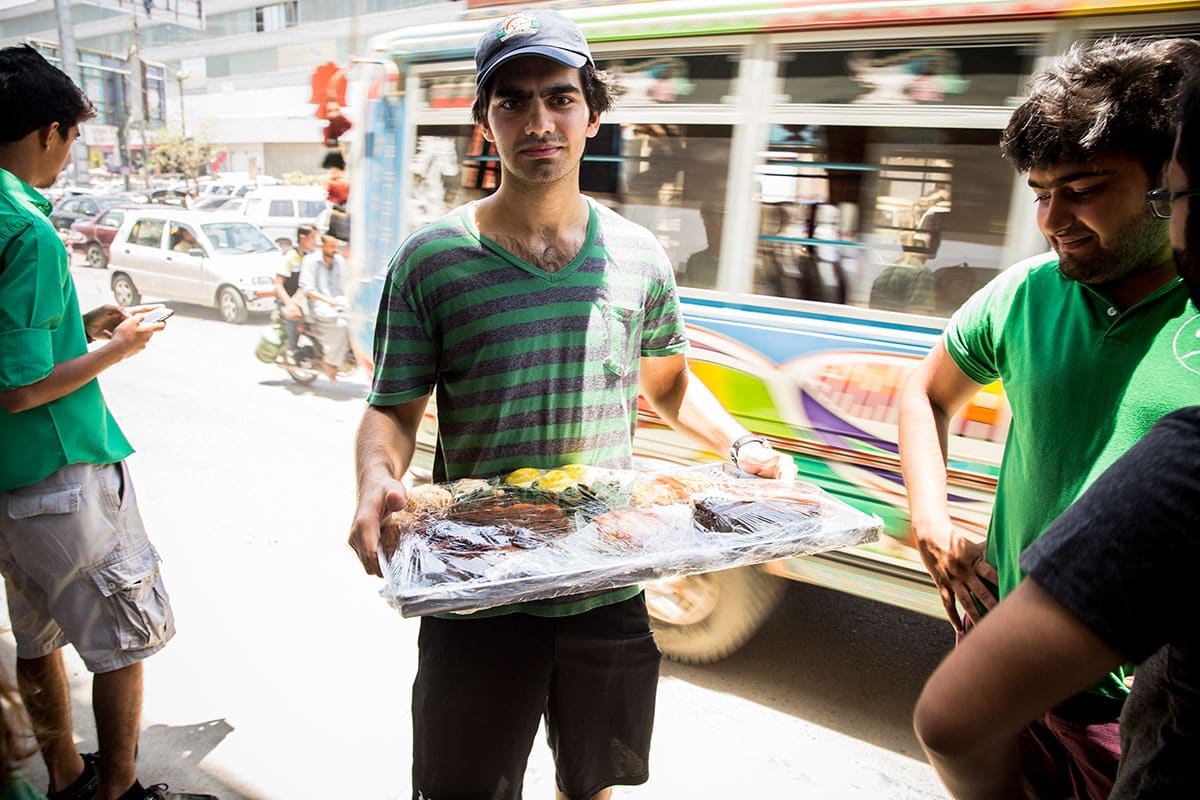 A typical Sunday for the Robin Hood Army looks something like this. 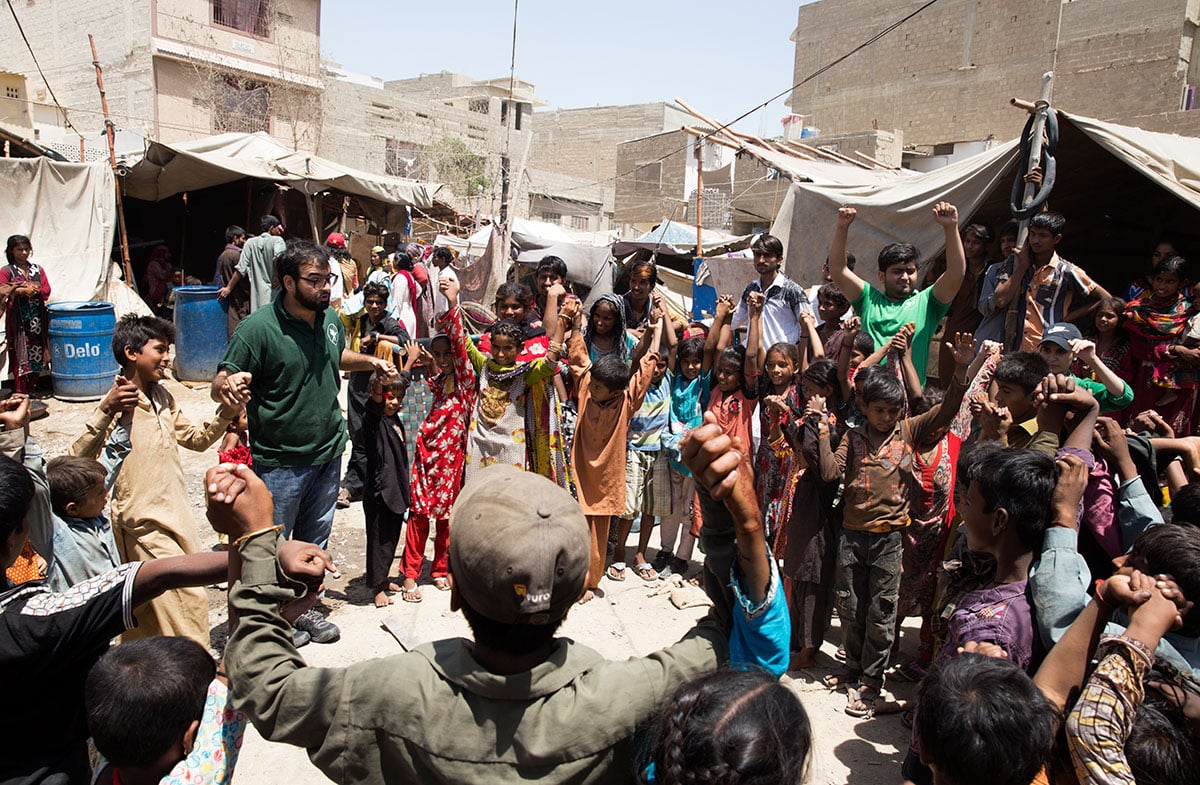 RHA Army gathers all the locals to distribute the food amongst them. 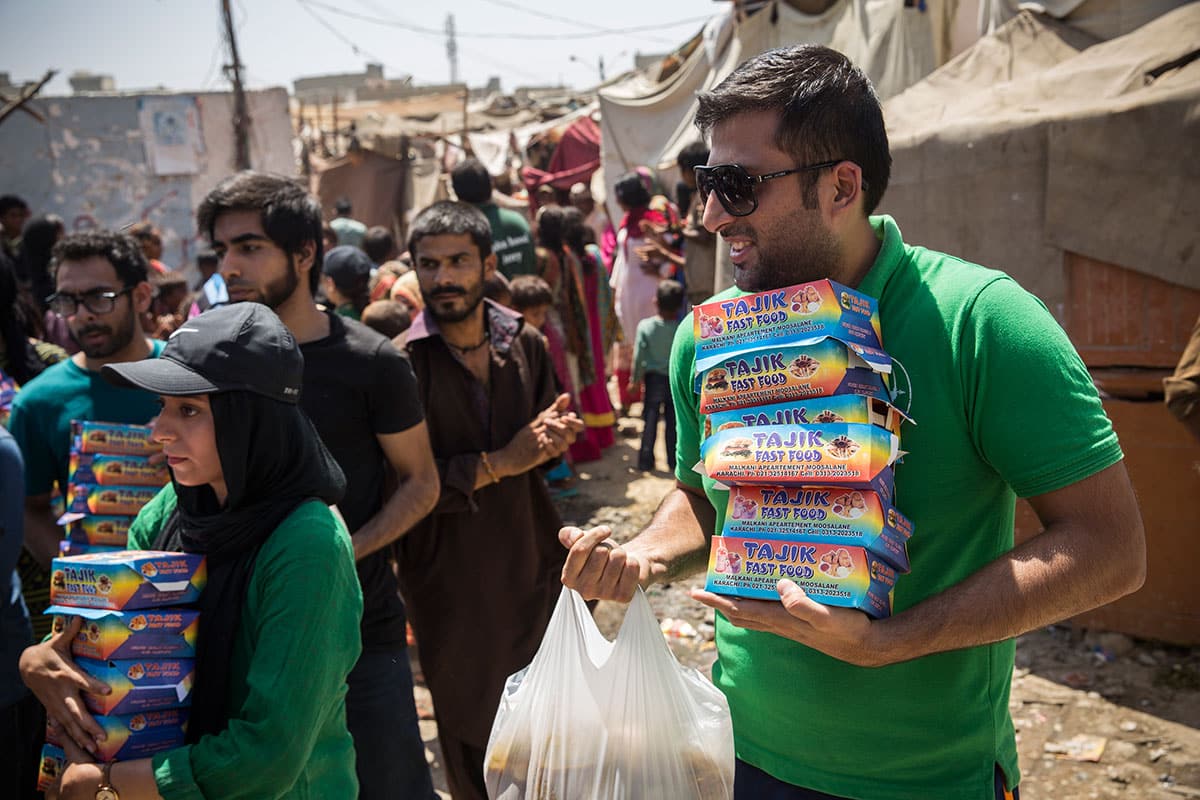 Each household is handed one meal for the family and a box of snacks for the children. 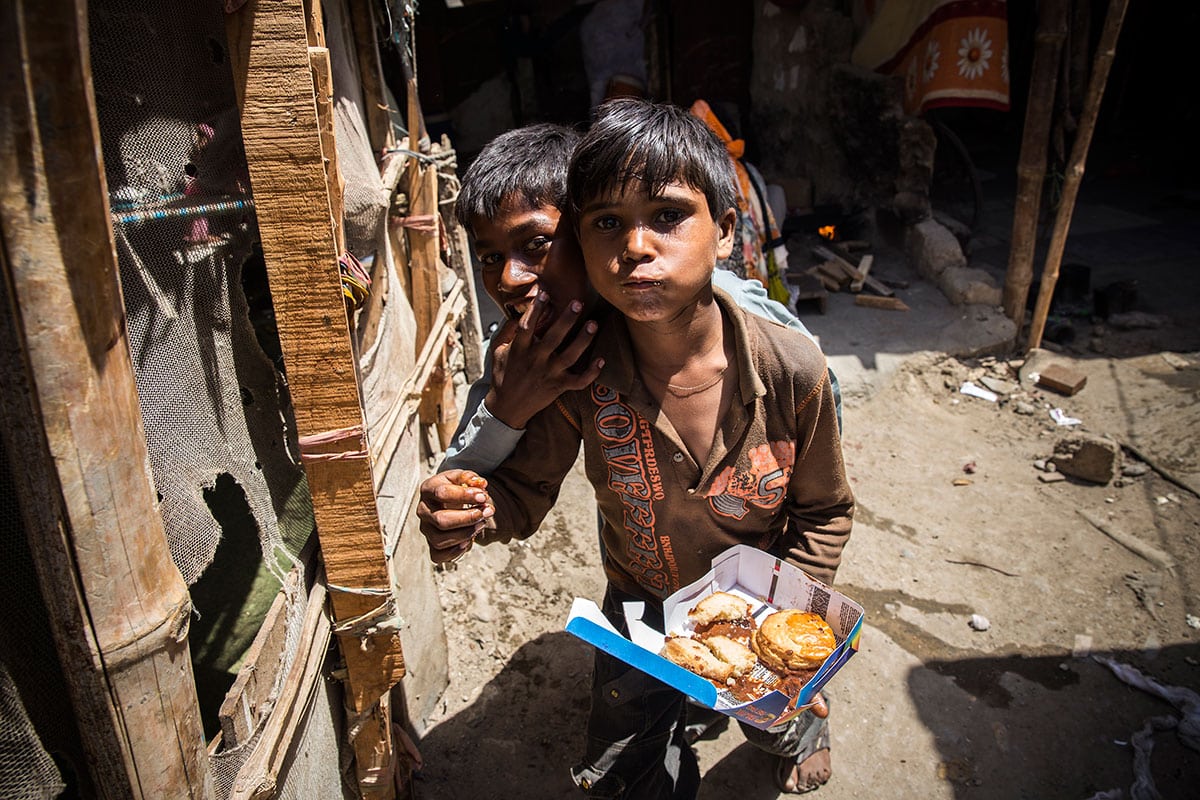 Poor nutrition is the cause of 45 percent deaths of children aged under five; that’s 3.1 children each year.

The Robin Hood Army is currently operating in 23 different countries and has more than 3,000 Robins serving over 500,000 people.