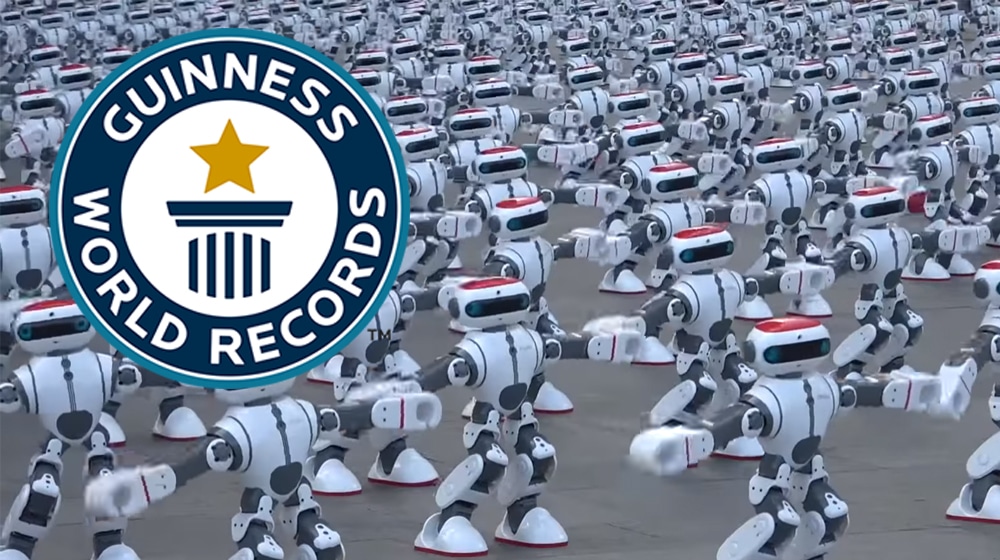 We are one step closer to a world where robots will steal the limelight from humans when it comes to dancing.

Before the dance routine  kicked off, all the robots were aligned perfectly in the parking lot of the company.

A total of 1100 robots participated in this dance but unfortunately, some of them failed mechanically whereas others just toppled over. However, the majority executed their programmed movements for a full minute and were counted towards the total tally for the Guinness World Records title of “Most robots dancing simultaneously.”

The robots were Dobi models which, along with being programmed to dance, can also sing, box, play football and execute kung fu moves.