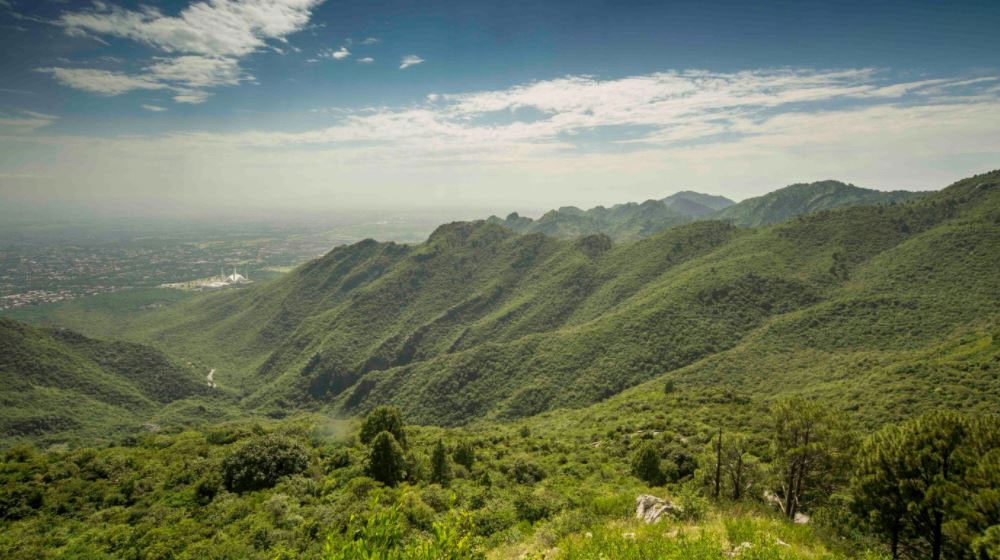 The Capital Development Authority (CDA) has started working on saving the Margalla Hills National Park, the very same park that is also a home to around 300 animals and birds and 600 species of plants.

In 1960, Margalla Hills was transferred to the CDA and was titled as a “wildlife sanctuary”. In 1980, under the Section 21 of Islamabad Wild Life Preservation, Protection and Management Ordinance 1979, it was made into a National Park.

The park spreads over 12,605 hectares (31,148 acres). The park is also a carrier of limestone as well as trees of sub-tropical broad-leaved evergreen forest including Phuli, Kau, Grunda Snath, Chir-pine and Shah Bloot.

The park also has a historical and cultural background, from the caves near Dhok Juri in the vicinity of Shah Allah Ditta, 450-year-old Faqir Wali Ban of Mughal era to Maha Mura Doo near Julian and a 500-year-old cobbled highway.

Therefore, The Margalla Hills National Park is divided into 4 zones:

The declaration of any place as a national park is meant to conserve and protect the area but unfortunately the MHNP has become the hub of recreational activities besides becoming prone to encroachments by individuals and private housing societies.

Zone III (intensive use) and Zone IV (cultural site) were under a constant threat as trees were being lumbered down for firewood and lumber dealers in Bhara Kahu.

Apart from that, Climate Change Ministry Biodiversity Director Naeem Ashraf Raja told that illegal constructions and encroachments by individuals were also seen in the territory of Margalla Hills National Park.

An official of the environment wing of CDA told that they collaborated with the civil society, environmentalists, and students for the maintenance of the National park and soon, the park will be restored back to life.