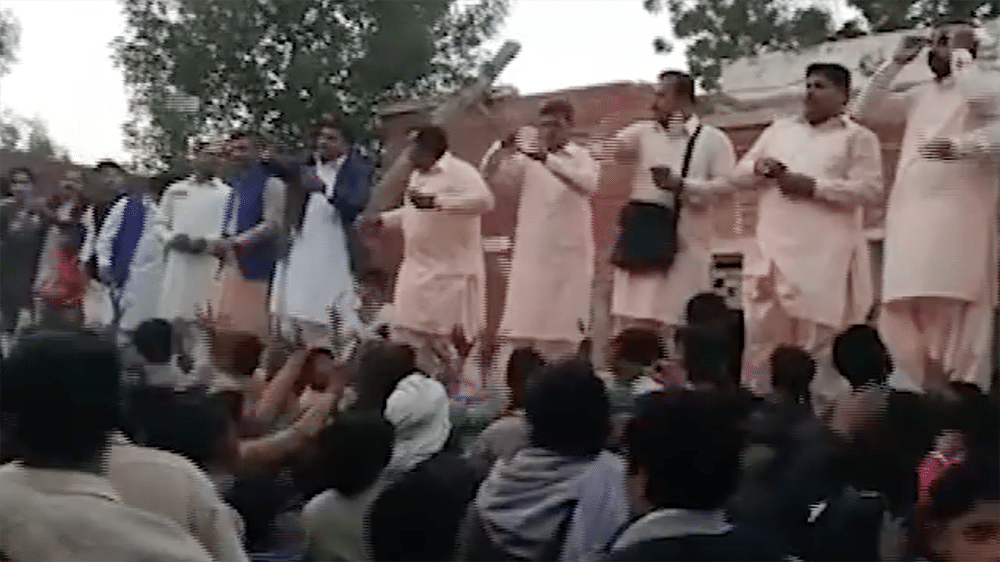 The Federal Board of Revenue (FBR) has taken notice of an incident at a wedding where the groom’s family threw dollars, Saudi riyals and brand new cell phones at the wedding guests.

In the recent incident, the groom, Muhammad Arshad, tried every possible course of action in order to make his marriage ceremony an unforgettable event. Therefore, he showered his guests with gifts and money, including foreign currency, worth millions of rupees on his wedding.

When Mohammad Arshad, who is a resident of Tehsil Shujabad of Multan, reached the bride’s residence in Khanpur for the Baraat ceremony, his family started showering dollars, riyals, and Smartphones to the guests that were waiting for their arrival.

The video of this ‘obscene’ celebration also went viral on social media. You can see it here below:

The display also gained the attention of the FBR. The tax authority has ordered the Regional Tax Offices (RTO) in Multan and Bahawalpur to start investigating the assets of both the bride and the groom’s families.

The guests who were present at this wedding (and partook in the cash grab) revealed that the groom had 8 brothers, 4 of whom lived in the US and the others in Saudi Arabia. This explanation probably points to the presence of both dollars and riyals at the festive event.

Such lavish wedding ceremonies in Pakistan have been criticized for their obscene displays of wealth and showcasing the wide gulf between the haves and have-nots. It has given rise to a rat race in a society where the upper-class spends money as much as they can to display their wealth, and the middle-class tries their best to play catch up. It’s not unheard of families going bankrupt after spending all of their life’s savings on getting people married with style and aplomb.

The government for its part, has tried to crack down on such obscene displays of wealth.

Update: The video has been removed from the source page.