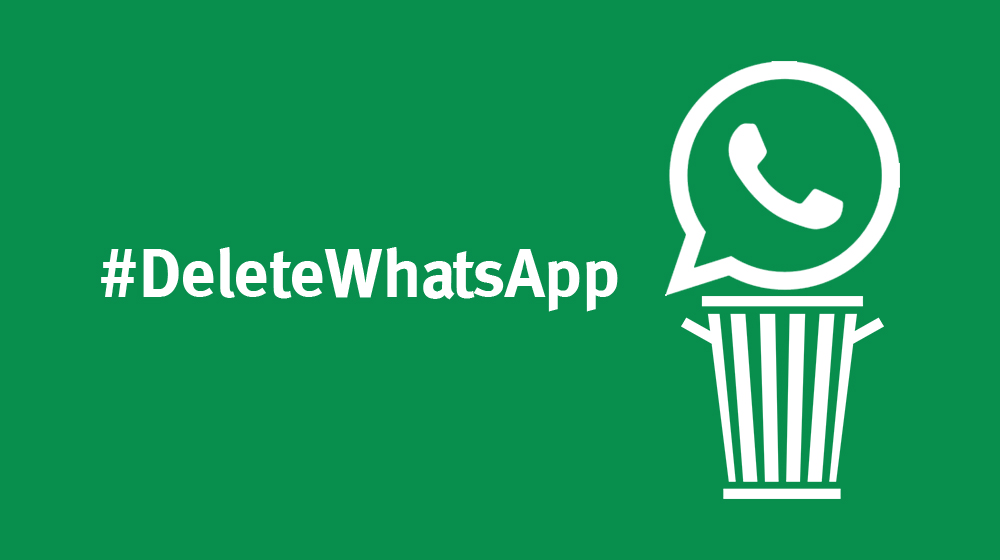 WhatsApp messages are also surveyed and used by Facebook for advertisement. If you are concerned about your privacy, now might be a good time to uninstall WhatsApp and here’s why you should do it soon,

WhatsApp has been around long enough to become the default messaging app in almost every part of the world.

The app has amassed 1.5 billion monthly active users over the years, making it the most widely used messaging service.

You should know by now that Facebook – WhatsApp Inc.’s parent company since 2014 – has been under fire because of its lax privacy control. Allegedly, Facebook also uses keywords from personal messages sent through the FB Messenger for targeted advertisement.

On the other hand, Whatsapp has remained ad-free with Mark Zuckerberg assuring users that Facebook does not read their messages or spy on them.

WhatsApp’s co-founder, Jan Koum, was appointed as part of Facebook’s board of directors when his company was purchased by Mark Zuckerberg.

Cambridge Analytica is Shutting Down

Can WhatsApp Be Trusted Now?

Jan Koum recently announced his resignation from Facebook and internal reports suggest that he did this over a conflict between his and Mark Zuckerberg’s idea of respecting user privacy.

Koum grew up in the Soviet Union where citizens are heavily monitored by the government, he has always been a privacy advocate due to this and had the same idea in mind when he built WhatsApp. When Facebook acquired WhatsApp back in 2014, Jan Koum said,

Respect for your privacy is coded into our DNA, and we built WhatsApp around the goal of knowing as little about you as possible. If partnering with Facebook meant that we had to change our values, we wouldn’t have done it.

He promised to keep WhatsApp messages decentralized, end-to-end encrypted, and fully private. The Cambridge Analytica scandal revealed holes in Facebook’s privacy control and raised concerns over the social networks to focus on selling user data to advertisement companies – Koum, instead of changing his “values”, decided to part ways instead. Koum resigned almost a month after his partner and co-founder of WhatsApp, Brian Acton asked people to delete their Facebook accounts in his Twitter post.

Do note that his resignation could mean a complete change in WhatsApp’s privacy policies as Facebook might make major changes and plug user data gathered from the messaging service into its advertisement platform. The social network was already leeching some of its ad-data from WhatsApp, however, it might continue to do so on a larger scale in the near future.

Whatsapp Ordered to Stop Sharing Data with Facebook by France

Engineers at WhatsApp, according to the New York Times, believe that Facebook might use the app to track user data and use it to display advertisement now that Koum is gone.

WhatsApp has declined to comment when asked about its stance on dealing with privacy in the future. Now might be a good time to switch to another, more secure app. Telegram has good security features and speed but it has been blocked in Pakistan.

You can try Signal (Android, iOS), its free, fast, and also comes with end-to-end encryption. If you are looking to go up a notch, Threema (Android, iOS) is a good (but paid) alternative which focuses primarily on encryption and user security, it costs Rs. 320. Apple’s proprietary iMessage also works just as well and you can switch to it completely if you are an iPhone user. However, with Apple’s iCloud being vulnerable to attacks, there’s no telling when your data could be compromised.