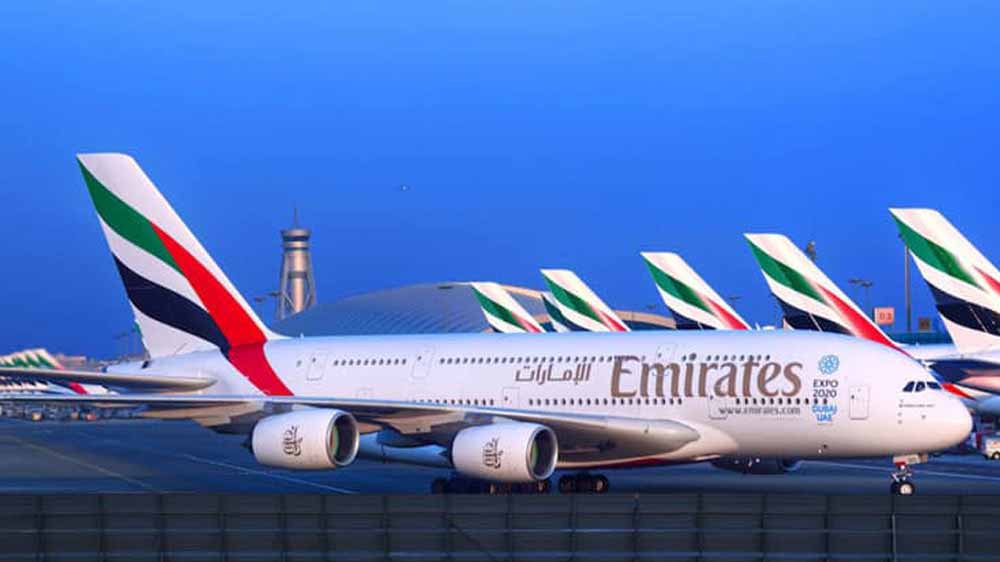 The Emirates Group announced its 30th consecutive year of profit and steady business expansion including record investments made for the purchase of aircrafts, increase in flight frequency, the addition of various routes and various other aviation projects.

In line with the overall profit, the Emirates Group declared a dividend of AED 2.0 billion (US$ 545 million) to the Investment Corporation of Dubai.

Business conditions in 2017-18, while improved, remained tough. We saw ongoing political instability, currency volatility and devaluations in Africa, rising oil prices which drove our costs up, and downward pressure on margins from relentless competition. On the positive side, we benefitted from a healthy recovery in the global air cargo industry, as well as the relative strengthening of key currencies against the US dollar.

“In 2017-18, Emirates and dnata delivered our 30th consecutive year of profit, recorded growth across the business, and continued to invest in initiatives and infrastructure that will secure our future success.”

In 2017-18, the Group collectively invested AED 9.0 billion (US$ 2.5 billion) in new aircraft and equipment, the acquisition of companies, modern facilities, latest technologies, and staff initiatives.

Its subsidiary, dnata’s, key investments during the year included: acquisition of AirLogistix USA, marking its entry in the US cargo market; expansion of cargo handling capabilities with new warehouses and equipment at London Gatwick, Amsterdam-Schiphol, and Adelaide; new catering facilities in Dublin and Melbourne; and new Marhaba lounges in Karachi and Melbourne.

While expanding our business and growing revenues, we also tightened our cost discipline. Across the Group, we progressed various initiatives to rebuild and streamline our back office operations with new technology, systems and processes. In 2017-18, our reduced recruitment activity, coupled with restructured ways of working gave us gains in productivity, and a slowdown in manpower cost increases.

Across its more than 80 subsidiaries, the Group’s total workforce declined by 2% to 103,363, representing over 160 different nationalities, as part of the overall productivity improvement initiatives in Emirates and dnata.

Looking ahead, Emirates and dnata remain focused on delivering safe, efficient and high quality services consistently to our customers. Our ongoing investments in our people, technology, and infrastructure will help us maintain our competitive edge, and ensure that we are ready to meet the opportunities and stay on course for sustainable and profitable growth.

Emirates also grew its global connectivity and customer proposition through strategic partnerships. During 2017-18, Emirates entered into significant partnerships with flydubai and Cargolux, expanding the choice of air services on offer to passenger and cargo customers respectively. Emirates also received authorization to extend its partnership with Qantas until 2023.

Despite political challenges impacting traveler demand and fare adjustments due to a highly competitive business environment, Emirates managed to increase its revenue to AED 92.3 billion (US$ 25.2 billion).

The decline of the US dollar against currencies in most of Emirates’ key markets had an AED 661 million (US$ 180 million) positive impact to the airline’s bottom line.

Building on its strong results in the previous year, dnata’s revenue grew to AED 13.1 billion (US$ 3.6 billion), up 7%. dnata’s. International business now accounts for 68% of its revenue.

The strong performance was achieved through organic growth with key contract wins coupled with solid customer retention across its four business divisions, as well as the impact of acquisitions from the previous year.

Revenue from dnata’s UAE Airport Operations, including ground and cargo handling, increased by 4% to reach AED 3.2 billion (US$ 859 million).

The number of aircraft movements handled by dnata in the UAE declined by 2% to 211,000 impacted by the geopolitical situation in the region, whereas cargo handling increased by 2% to 731,000 tonnes, supported by the strong overall air cargo market.

During the year, dnata made significant investments which expanded its capability and global presence. In May, dnata entered the US cargo market with its acquisition of AirLogistix USA. The investment includes state-of-the-art cargo handling facilities in Houston and Dallas Fort-Worth.

In the US, it received a new license to provide ground handling services at John F. Kennedy International Airport’s (JFK) Terminal 4; and it commenced operations at JFK’s Terminal 8.