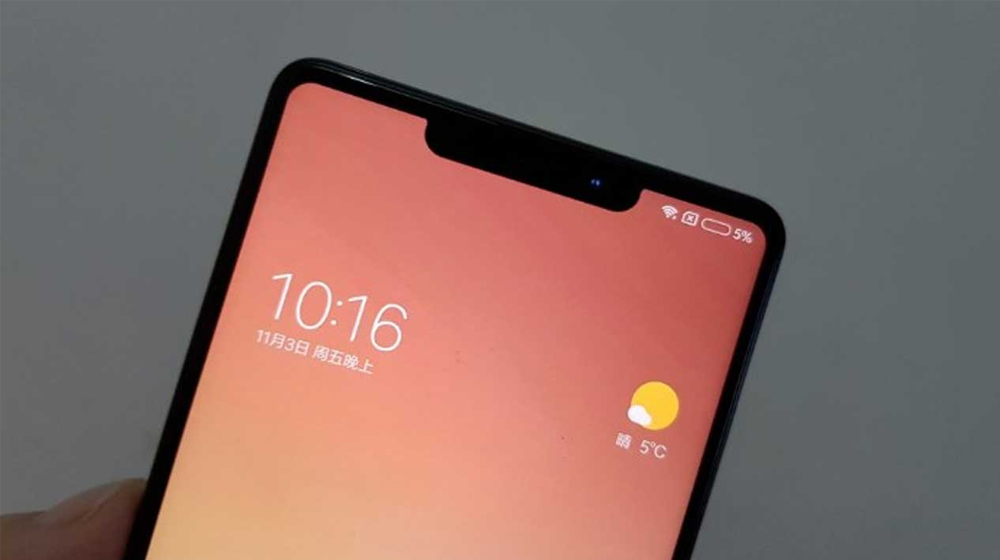 Xiaomi Mi7 in images has been leaked online which have revealed its specifications and design. And yes, it has a notch as well.

Xiaomi Mi7 is among the most anticipated flagships that are coming this year – it will be the excellent Mi6’s successor, a much cheaper alternative to rival the likes of Galaxy S9+, and an ode to Xiaomi’s smartphone manufacturing expertise.

There’s still some time until it officially arrives, however, its images have already been leaked on a Chinese social network by a user who managed to get his hands on a test unit.

In the images, the first thing to notice is the iPhone X-style notched design – Xiaomi, so far, was the only Chinese company which did not make a notched phone but that will change after the Mi7 gets launched.

Take a look for yourself,

The Mi7 will show how capable Xiaomi really is because the Mi lineup consists of the best, top-end smartphones the company has ever produced.

The phones in this lineup are equipped with the most powerful hardware available in their time, the Mi7 will surely come packed with the newest Snapdragon 845, cutting edge cameras, and a bezel-less display.

Early rumors suggested that Xiaomi was bound to go for this notched design for the Mi7, but now those speculations are apparently becoming reality. It seems like most companies are adopting this design, following Apple’s footsteps, even LG placed an ugly cutout on the G7 ThinQ’s display.

Xiaomi Mi7’s notch seems much wider than Huawei and Oppo’s iteration, Mi7 is expected to come with facial recognition hardware – much like the iPhone X – which might be housed next to the earpiece and front camera, hence the wider surface area of the cutout.

About the release date, it’s set to launch on 23rd May this year. We will keep you posted when the phone is finally announced in China.