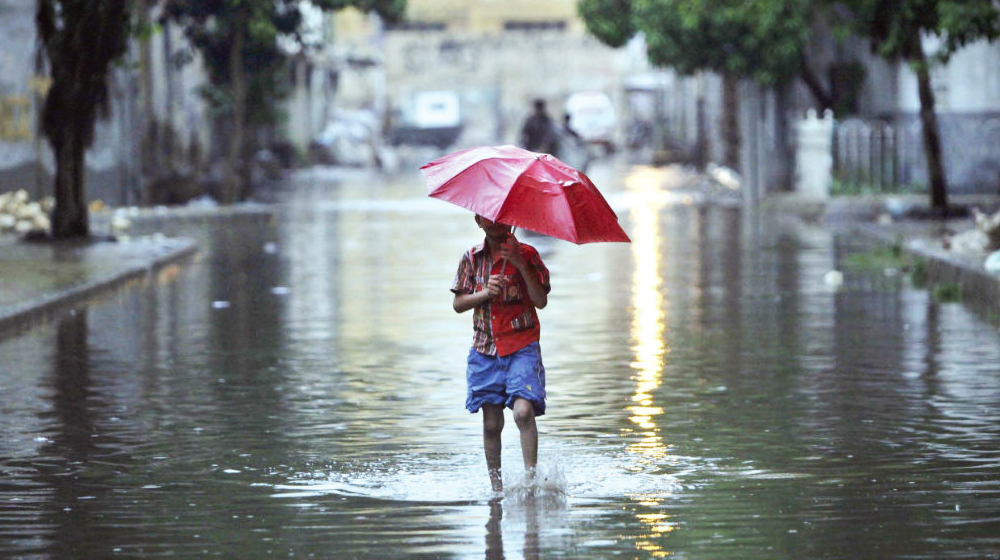 Voters are expected to cast their votes in the rain.

Voters will have to brave one more thing as they go out to vote tomorrow – rains. As the country holds the General Elections, Pakistan Meteorological Department (PMD) has warned of rainfall tomorrow, especially in the upper Pakistan region.

As per PMD, the spell will start on Tuesday and continue until Sunday 29th July.

Areas that will Experience Rainfall

Following areas are expected to be hit with rainfall in the upcoming days:

Bannu and Dera Ismail Khan in Khyber-Pakhtunkhwa will see rains as well. Forecasts say that Gilgit-Baltistan will witness a  thunderstorm with strong winds during the six-day spell.

Water and Sanitation Authority (WASA) recently issued a rain warning as well as the monsoon season is expected to start early this year.

The polling for General Elections to form the next government will start at 8.00 am on 25th July and conclude at 6.00 pm on the same day. The results of the election will be announced as soon as the counting of votes at the polling stations is completed and conveyed to the Election Commission of Pakistan.