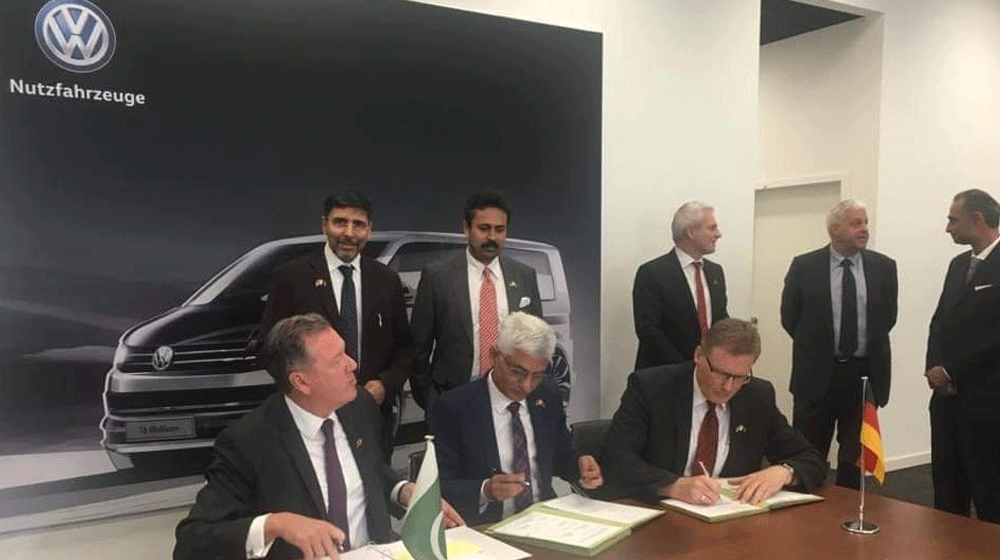 The German auto giant is coming to Pakistan.

Volkswagen has finally announced their entry in the Pakistani market, after months of speculation in the local automotive industry.

The news first made headlines during the weekend that the German automaker Volkswagen has signed the final legal agreement with their local partner Pakistan Premier Motors Ltd (PML). The agreement stipulates that Premier Motors will be setting up a production plant to assemble CKD units in Karachi under license from Volkswagen.

The news comes as a huge breakthrough for the country’s auto sector as Volkswagen is considered one of the world’s largest automobile companies globally.

It should be noted that the two companies first signed a letter of intent (LOI) back in June 2017. Since then, there has been hype in the sector about German automaker’s arrival. After a wait of more than a year, the German company has finally decided to bring investment and its products to Pakistan.

This development is expected to contribute to the country’s economy and spur more competition in the auto industry. Consumers will also have more choices than ever when it comes to which car brand they should go for.

The Commercial Section, Berlin, has been actively engaged with the VW and PML for the last two years.