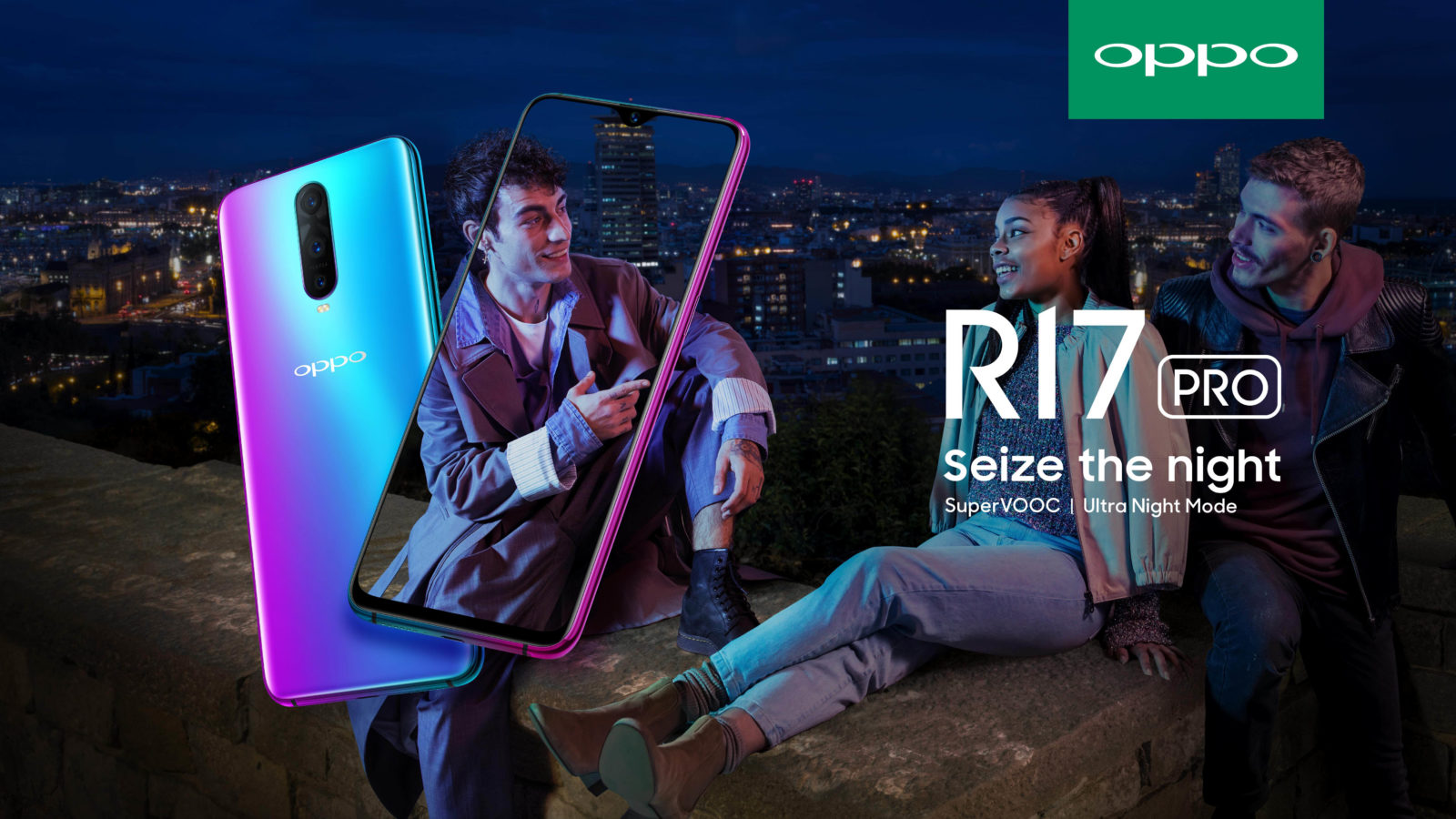 After being a global hit, the ‘R’ series is coming to Pakistan for the first time with the R17 Pro.

Ever since OPPO launched the R-series, they have been the first ones to bring fun, metallic colors and glass gradients.

When the market was drowning with loads of similar looking Smartphones in silver, gold and rose gold, OPPO launched the R9 in beautiful Metallic Red back in 2016. They followed it up with the special FC Barcelona edition in Red and Blue mix. The R11 pioneered the crescent curved design that was both aesthetically pleasing and practical. The R15 introduced the beautiful Ruby Red and Cosmic Purple gradient colors.

The R-series isn’t just about the design, it always brings exciting features and has managed to bring the best of photography to mid-range smartphones. The R1 came with a f/2.0 aperture lens which was a big deal back in 2013. The OPPO R11 was one of the first phones to come with dual 20MP cameras. Finally, the R17 pro is coming to Pakistan with its iconic camera, let’s see what it has to offer:

R17 Pro has a triple camera setup and each sensor has something special to offer. This power packed device has;

The top sensor in the image is the TOF Camera that brings many exciting user functions. The Camera will be updated with many new and exciting features through OTA upgrades in the future as it is something new and has room for improvement and innovation.

With the official announcement of R17 Pro, came “Seize the Night” slogan which has gone viral on the social media but there still remains a lack of understanding about its importance. Well, the reason why this slogan is attributed to R17 Pro is that of the Night Mode feature in its camera.

How does it work? The R17 Pro’s F1.5/F2.4 Smart Aperture camera is built to automatically widen in fading light and darkness, letting more light in for clearer Night scenes. When your surroundings start to brighten, it closes quickly to reduce glare, making every shot effortlessly crisp and clear. 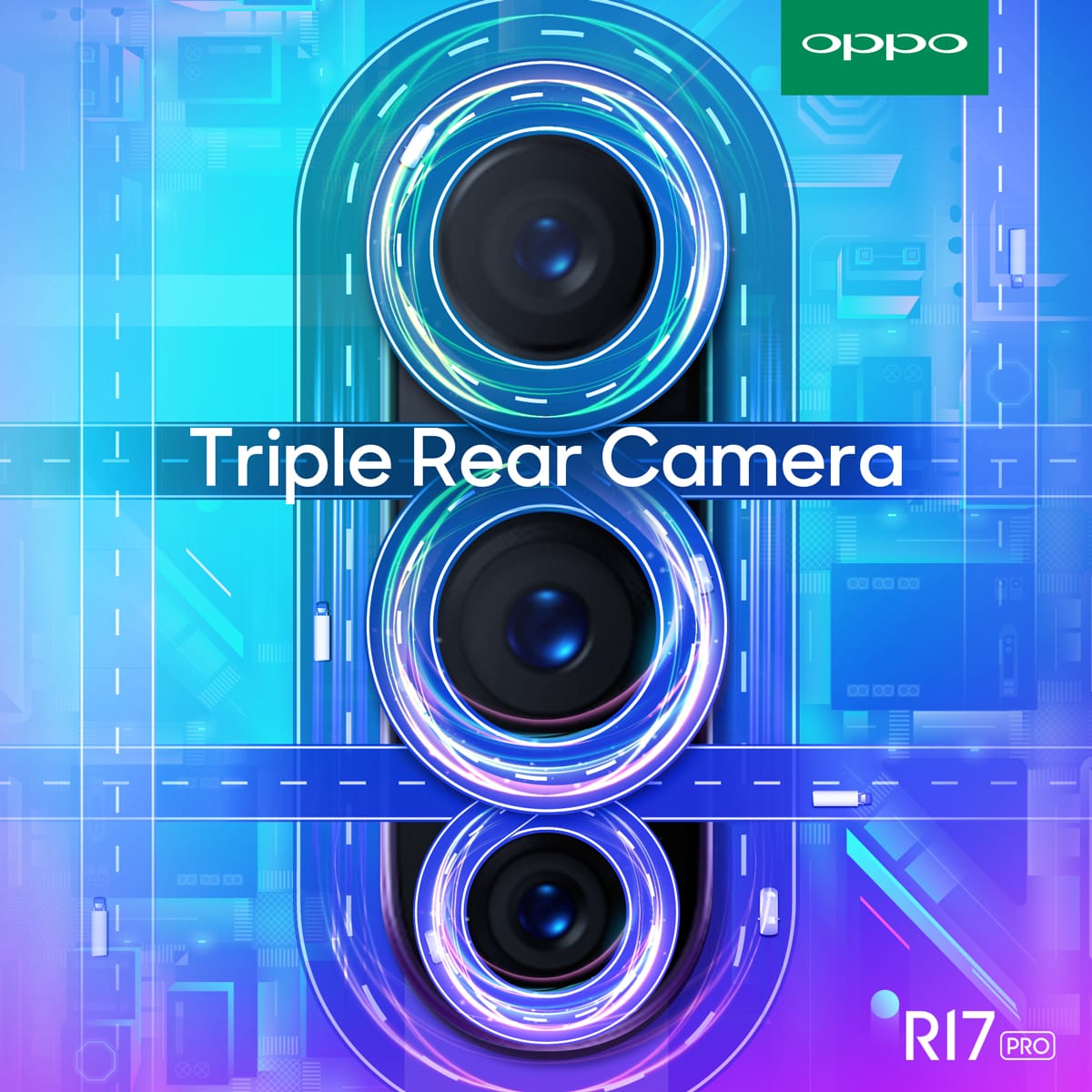 Apart from that, R17 Pro has 24 million photosensitive units, designed with a large 1.4-pixel size and 1/2.55 photosensitive area for an enhanced photo reception. OPPO’s OIS optical stabilization technology means you’ll never have to strain to steady your hand, leaving you free to reach for that perfect glimpse wherever it beckons.

The AI Ultra-clear Engine kicks in to restore true-to-life nuance that hardware alone simply cannot capture. The R17 Pro comes fully equipped to apply dozens of base-level optimizations, together designed to deliver complete, balanced image refinement. The final result is pixel restoration so that the image looks real the way it actually is.

OPPO made its name in the selfie department by offering the best front camera in the industry. For R17 Pro, OPPO has added a single 25MP AI sensor which captures natural images. It also features face slimming, makeup and six other fully configurable Modes as well as a live preview option.

OPPO R17 Pro is on its way and the camera looks promising. Currently, the Smartphone industry is bombarded with a lot of devices offering three, four and even five cameras and this will be a real challenge for R17 Pro triple camera set up.

We just have to wait for few days to find out how the TOF and the Night Mode can play their part in making R17 Pro the next big thing.